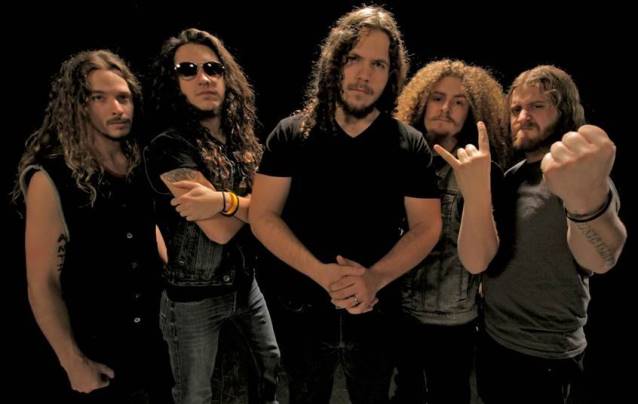 The video for "100% Pure American Rage", the lead-off single from the upcoming debut album, "New Southern", by Oklahoma natives and saviors of southern-infused hard rock ANTI-MORTEM, can be seen below. The clip was shot, produced, and directed by Clark Deal of Chaotic Productions.

"It's brutal but accessible," ANTI-MORTEM guitarist Zain Smith states about the track. "It's very political. The solos are tasty. It's new-day metal, but it has a LED ZEPPELIN-esque guitar tone and solo. There's nothing that sounds like this song out there."

The "100% Pure American Rage" single is currently available for purchase on iTunes.

Fans will have the opportunity to witness ANTI-MORTEM's feral testicular fortitude when they tour the U.S. supporting TEXAS HIPPIE COALITION for 16 shows starting on March 28 in Atlanta, Georgia and wrapping up in Des Moines, Iowa on April 15.

"Hard rock is stagnating," assesses ANTI-MORTEM frontman Larado Romo. "We want people to think, 'Rock has balls again.' When you see us live, you will be crushed."