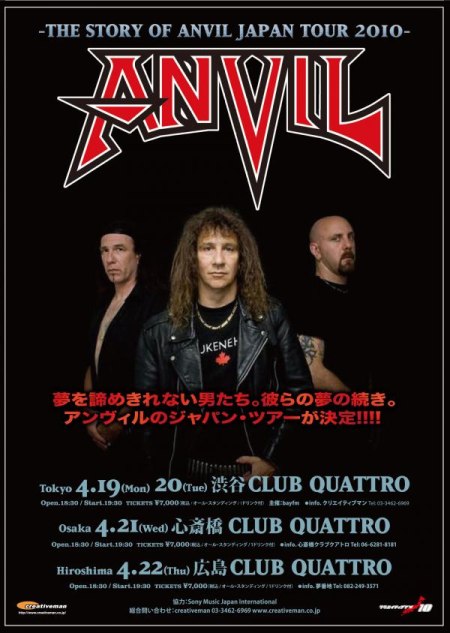 ANVIL Frontman Releases Message Of Support To Fans In Japan

Guitarist/vocalist Steve "Lips" Kudlow of Canadian heavy metal legends ANVIL has released the following message to the band's fans in Japan following the 8.9-magnitude earthquake and subsequent tsunami that shook the country on March 11 morning and left more than five thousand killed and many more missing:

"Just like to say I'm sending my regards to my dear friends and fans in Japan. I wish you all the very best and hope for your safety. Japan is a place of pure determination and is the most highly motivated society in the world. You shall prevail..."

Performance and question-and-answer footage from ANVIL's fall 2009 trip to Japan to promote the band's acclaimed documentary, "Anvil! The Story of Anvil", can be viewed below.