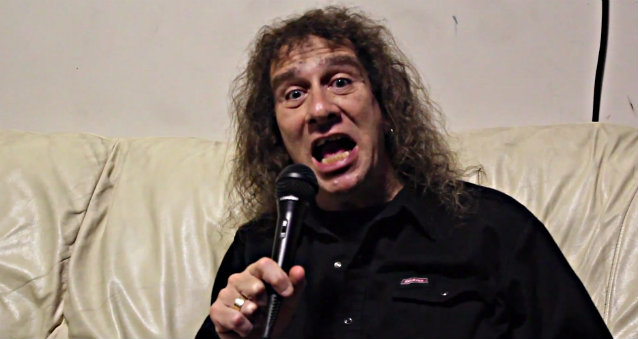 ANVIL's LIPS Speaks To THE AGE OF METAL (Video)

The Age Of Metal recently conducted an interview with guitarist/vocalist Steven "Lips" Kudlow of Canadian metal legends ANVIL. You can now watch the chat below.

Released on May 27, 2013 in Europe and May 24, 2013 in Germany on SPV/Steamhammer, "Hope In Hell" is available in four different formats: as a limited-edition digipak including two bonus tracks, as a jewel case CD, double gatefold colored vinyl LP and as a digital download. These are the first cuts featuring ANVIL's new bassist Sal Italiano, who joined the band two years ago.