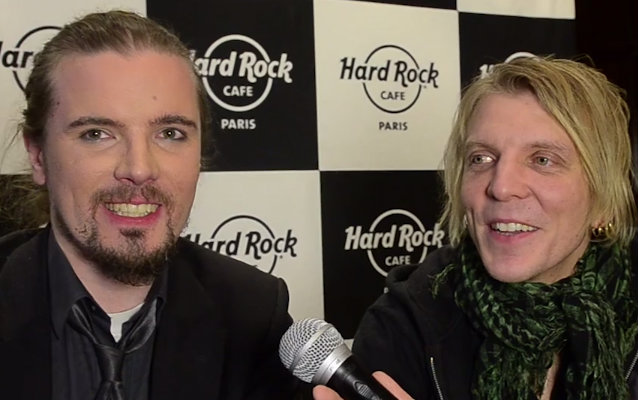 France's Louder! Magazine recently conducted an interview with Perttu Kivilaakso and Mikko Sirén of the ground-breaking Finnish orchestral rock group APOCALYPTICA. You can now watch the chat below.