Finnish cello rockers APOCALYPTICA have released the official music video for their collaboration with PAPA ROACH singer Jacoby Shaddix on a cover version of the CREAM classic "White Room". The track was produced by Howard Benson at West Valley Recording Studios in Woodland Hills, California and mixed by Chris Lorde-Alge.

Says APOCALYPTICA: "We were really looking forward to this release. Doing a cover of such a legendary song, originally by CREAM, was great fun and having Jacoby Shaddix as featuring artist is a big pleasure for us! We hope you like the song just as much as we do."

"White Room" is the first release from APOCALYPTICA since "Talk To Me", which arrived last August. That song was a collaboration with HALESTORM frontwoman Lzzy Hale.

Prior to enlisting Perez, APOCALYPTICA released eight albums that melded the classically trained cello mastery of the three core bandmembers with the harder elements of the rock world, including drums and guest vocalists, such as Gavin Rossdale from BUSH, and Corey Taylor of SLIPKNOT and STONE SOUR fame. 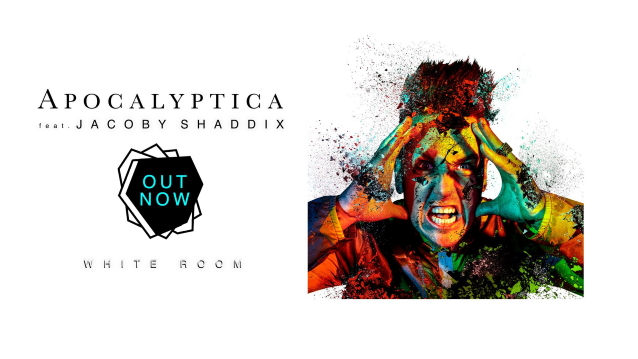