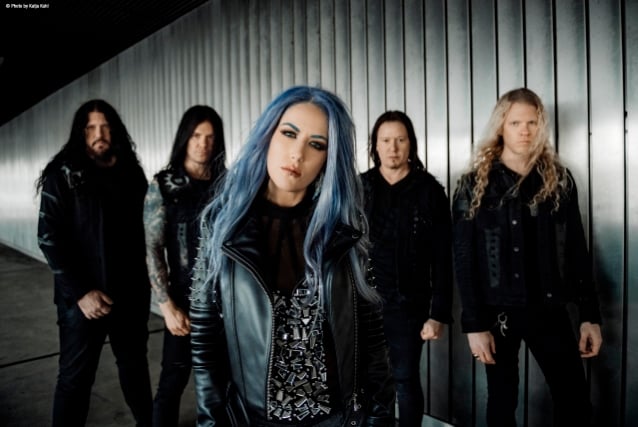 ARCH ENEMY: Behind-The-Scenes Footage From Making Of 'The World Is Yours' Video

ARCH ENEMY has released behind-the-scenes footage from the making of the video for the song "The World Is Yours", taken from the band's latest album, "Will To Power". The clip, which has been viewed more than 25 million times on YouTube, was directed by Patric Ullaeus and can be seen below.

ARCH ENEMY guitarist Michael Amott stated about "The World Is Yours": "This was the first song I wrote for the 'Will To Power' album and Daniel [Erlandsson, drums] helped me arrange and finish it up. One of many songs we co-wrote and co-produced this time around. We had a blast recording together with the full band in the south of Sweden and then mixing with Jens Bogren, who did a superb mix and mastering — in my opinion even surpassing the epic sound on our previous record, 'War Eternal'. People that have heard this song in particular are saying it's got the classic anthemic ARCH ENEMY vibe going on, and I think they might be right about that."

"Will To Power" was released in September 2017 via Century Media Records. Co-produced by Amott and Erlandsson, the disc was mixed and mastered by longtime collaborator and friend Jens Bogren (OPETH, AT THE GATES, DIMMU BORGIR). The album cover artwork was designed by Alex Reisfar.