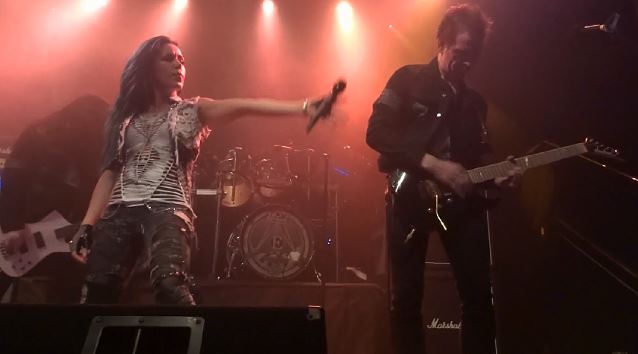 Fan-filmed video footage of ARCH ENEMY's November 19 performance at Mojoes in Joliet, Illinois can be seen below.

ARCH ENEMY earlier in the month parted ways with guitarist Nick Cordle and replaced him with Jeff Loomis (ex-NEVERMORE). Loomis will make his live debut with ARCH ENEMY on the band's upcoming European tour, which kicks off November 26.

Said Cordle: "With [the latest ARCH ENEMY album] 'War Eternal' I believe we wrote an album together which will stand the test of time, and I wish them well for the future."

U.S. fans are able to catch a special reunion as Christopher Amott (the brother of ARCH ENEMY founder/bandleader Michael Amott) has joined the band for the remainder of their American headlining tour.

Said Michael Amott: "We all wish Nick the very best in his new endeavors and we are sure that you will hear much more from him. We're also super grateful to my brother Christopher for stepping in to finish the current American tour!

"The prospect of working with Jeff Loomis moving forward is truly awesome!

ARCH ENEMY played its first show with new singer Alissa White-Gluz on May 23 at Turbohalle in Bucharest, Romania. Angela Gossow, who joined ARCH ENEMY in 2000 and made her debut on the now-classic "Wages Of Sin" (2001),has stepped down as frontwoman and will focus on management, while Alissa takes her place. 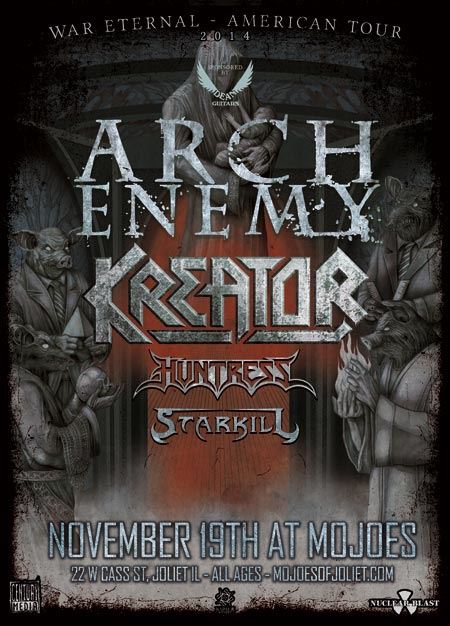