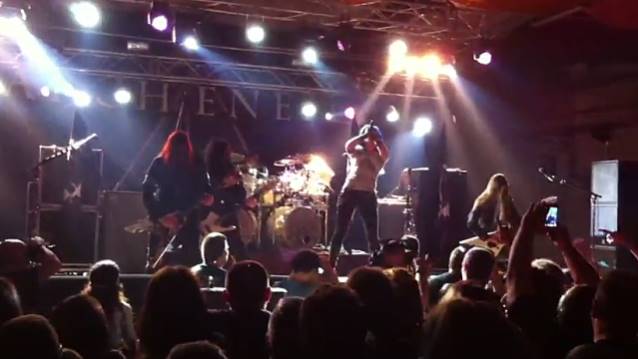 Swedish / American / Canadian metallers ARCH ENEMY played their first show with new singer Alissa White-Gluz, former vocalist of THE AGONIST, last night (Friday, May 23) at Turbohalle in Bucharest, Romania. Angela Gossow, who joined ARCH ENEMY in 2000 and made her debut on the now-classic "Wages Of Sin" (2001),has stepped down as frontwoman and will focus on management, while Alissa takes her place.

ARCH ENEMY's new album, "War Eternal" will be released in North America on June 10 via Century Media Records. The cover artwork was created by Costin Chioreanu. 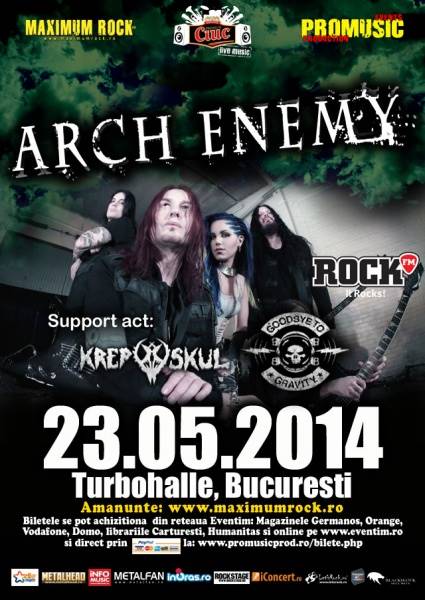