The band said in a statement: "We were looking forward to seeing everyone again this fall and to share our stage with GOATWHORE and UNCURED, but we have been forced to cancel this run due to reasons beyond our control. It's very unfortunate timing, but we cannot wait to come back and rock U.S. soil again next year and see all your faces! Thank you for understanding and, as always, for your support of ARCH ENEMY! Ticket and VIP refunds are available at point of purchase."

The 22-city tour was scheduled to kick off on September 28 in Providence, Rhode Island and run through October 27 at the Starland Ballroom in Sayreville, New Jersey.

"Will To Power" marks the second ARCH ENEMY album since the departure of longtime singer Angela Gossow and addition of Alissa White-Gluz. It is also the first ARCH ENEMY disc to feature former NEVERMORE guitarist Jeff Loomis, who joined the band in late 2014. 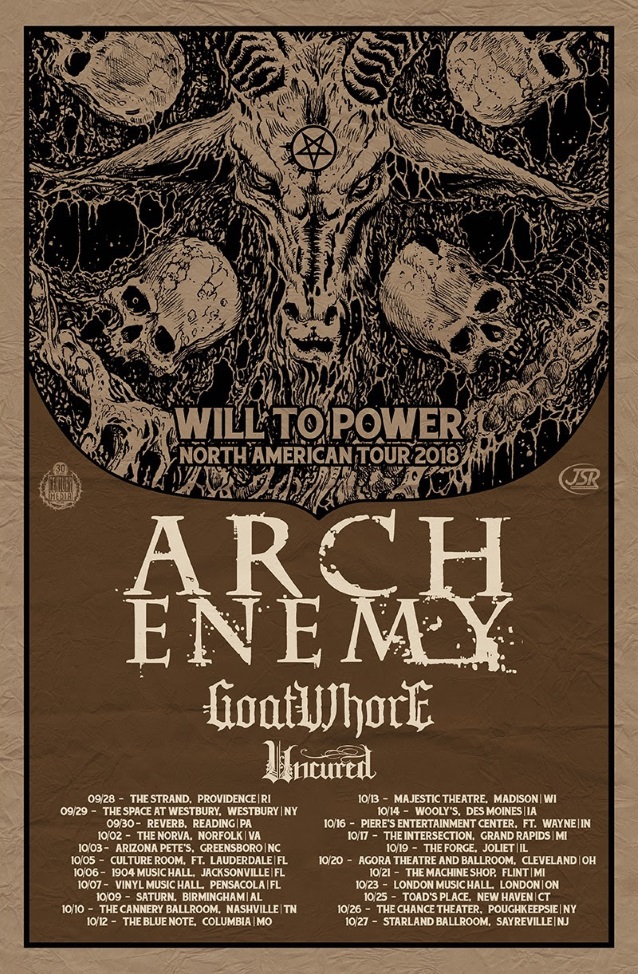