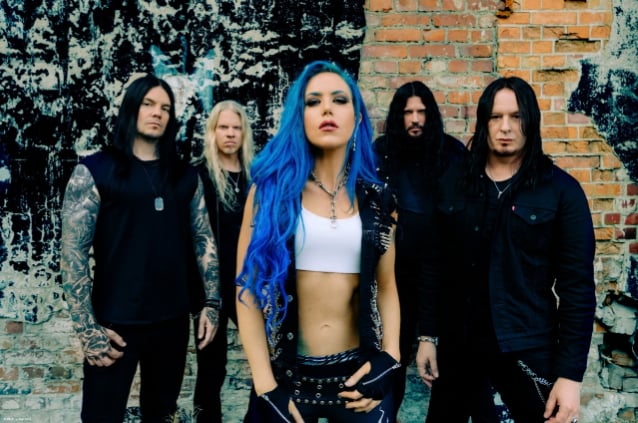 On July 29, Swedish/Canadian/American melodic death metallers ARCH ENEMY will release their 11th studio album, "Deceivers", via Century Media Records. A collection of 11 tracks that are ruthlessly catchy and mercilessly violent, "Deceivers" stands toe to toe with the highlights of the band's storied catalog. The official music video for the LP's new single, "Handshake With Hell", directed by Patric Ullaeus, can be seen below.

ARCH ENEMY guitarist Michael Amott comments: "Our new single/video 'Handshake With Hell' started off with some riffs and melodies that I thought might be suitable for each other, and when I showed the parts I had to Daniel [Erlandsson, drums], he also felt it had potential. We worked on a demo of it, developing it much further together, and once we had reached a point where we felt it was ready, we sent the instrumental version to Alissa [White-Gluz, vocals] over in Canada. She came back with this really cool approach to the vocals and lyrics that elevated the song even further. To me, it's a stand-out track on the new 'Deceivers' album, really showcasing what we are capable of as songwriters and performers in 2022 — it's definitely one of the new songs I'm dying to play live on tour!"

White-Gluz adds: "When Michael and Daniel showed me the instrumental they had cooked up, I got a ton of vocal ideas to complete the song. 'Handshake With Hell' has a classic heavy metal feel, and it felt like the right time to unleash some classic heavy metal vocals to match. I think the result is really interesting and catchy."

Before "Handshake With Hell" arrived, fans were also able to check out the previously released album tracks, "Deceiver, Deceiver" and "House Of Mirrors".

Amott had stated about the new LP: "Having just celebrated our 25th anniversary as a group and now releasing our 11th studio album, one could easily assume that we would be cruising along and going through the motions at this point. In reality, nothing could be further from the truth when it comes to ARCH ENEMY and our new album, 'Deceivers'.

"Despite the obvious uncertainties everyone is currently facing in the world, we have got quite a few concerts booked for this year!" says Amott. "We're delighted to be returning to the live stage in North America this spring and hitting select European festivals in the summer, as well as a huge European tour at the end of 2022. It's time; let's do this!"

In December, ARCH ENEMY released another new song, "House Of Mirrors". Mixed and mastered by Jacob Hansen, an accompanying music video for the track was directed by Grupa13. 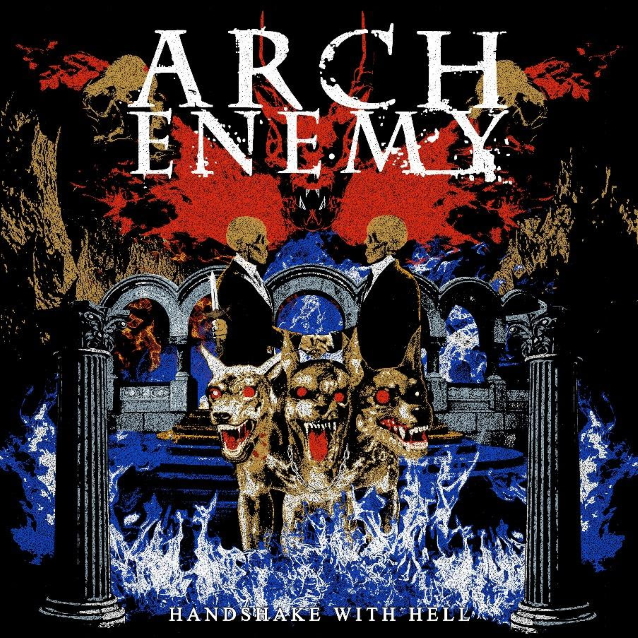