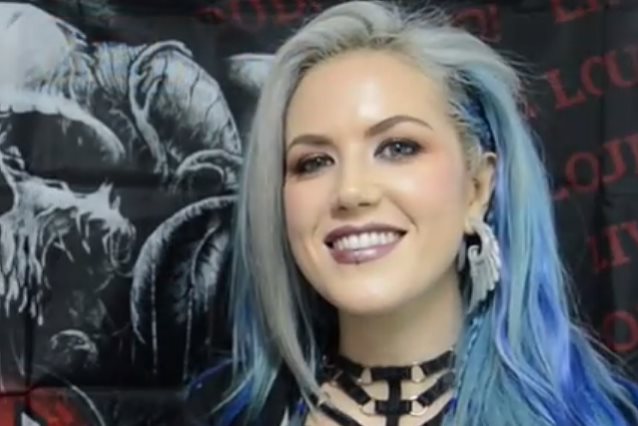 EMP Live conducted an interview with ARCH ENEMY singer Alissa White-Gluz at this year's edition of the Leyendas Del Rock festival, which was held August 9-12 at Polideportivo Municipal de Villena in Villena, Spain. You can now watch the chat below.

Asked what piece of advice she would give to young female singers trying to make it in the music business, Alissa said: "I think I would tell them, 'Don't doubt yourself.' Because there's gonna be plenty of other people that are gonna doubt you. Because you're a woman, they're gonna think you're only using your looks, or you're not pretty enough to use your looks, or you don't even like this kind of music, it's just a gimmick, or some record label put you together, or you're definitely in a relationship with one of the bandmembers. They're always gonna think that there's something going on just because you're a female. So what I would say is just don't doubt yourself. You know why you're there.

"Out of all the peers that I have, all the women that I know that are in bands, none of us did it because we're women; we did it because we love music and because we love singing or playing guitar or playing drums or whatever our talent is — that's why we do it," she continued. "And the amount of time that I spend thinking about the fact that I'm female is zero seconds a day. [Laughs] I don't wake up and go, 'I'm female. Let's see what the world has to offer today.' But, unfortunately, lots of other people do that. So it's just a matter of knowing who you are — remember who you are, and don't doubt yourself. Because other people will do it. But what matters is that you don't do it."

ARCH ENEMY's new album, "Will To Power", was released on September 8 via Century Media. Co-produced by guitarist and band leader Michael Amott and drummer Daniel Erlandsson, the disc was mixed and mastered by longtime collaborator and friend Jens Bogren (OPETH, AT THE GATES, DIMMU BORGIR). The album's cover artwork was designed by Alex Reisfar. 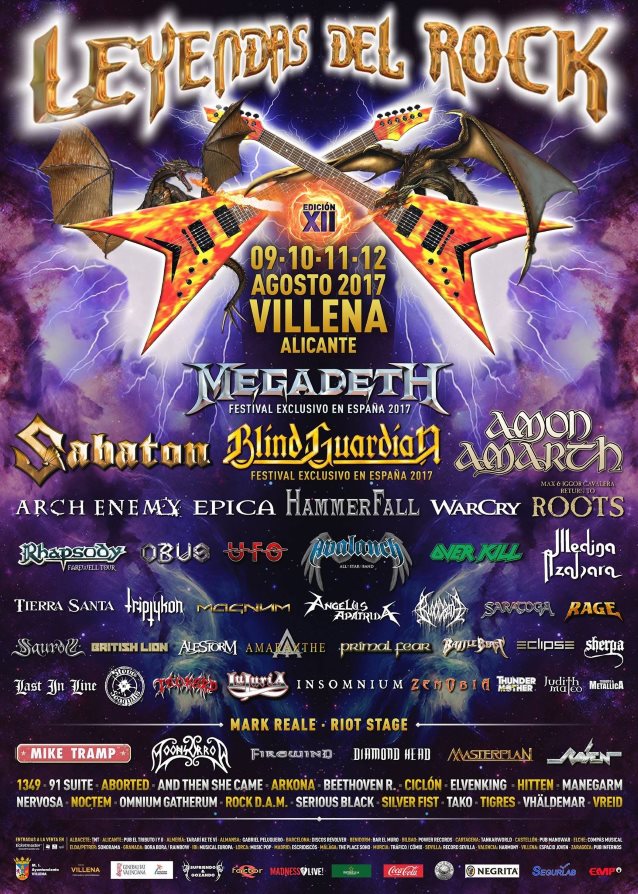