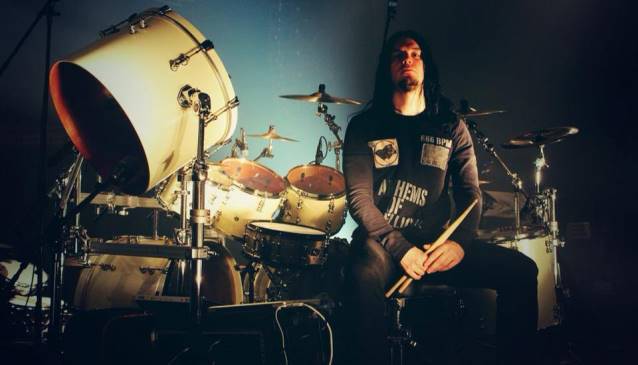 "War Eternal" will be released in North America on June 10 via Century Media Records.

"War Eternal" will introduce a new member to ARCH ENEMY's ranks: Alissa White-Gluz, former vocalist of Canadian extreme metallers THE AGONIST. Angela Gossow, who joined ARCH ENEMY in 2000 and made her debut on the now classic "Wages Of Sin" (2001),has stepped down as frontwoman and will focus on management, while Alissa takes her place.

Alissa White-Gluz previously stated about her addition to the ARCH ENEMY lineup: "I am very honored and happy to announce a new chapter in my life and musical career beginning now; I have joined forces with one of my all-time favourite and globally respected bands, ARCH ENEMY. 'Wages Of Sin' was the first metal album I ever bought, and it was love at first listen.

"It is not often that you get a phone call from your favorite band asking you to join! I am thrilled to have the opportunity to work with such amazingly talented musicians whom I also consider great friends. I look forward to being able to write and perform at a whole new level now with ARCH ENEMY! Music is forever, metal is limitless and this is only the beginning!"