ARKAEA will release its debut album on March 10, 2009 via Koch Records. Songtitles set to appear on the CD include "Break The Silence", "Blackened Sky", "Beneath The Shades Of Grey" and "Awakening", "Years In The Darkness", "Lucid Dream" and "Gone Tomorrow". The album is being recorded at Temple Studios in Chatsworth, California, owned by Raymond Herrera and has Christian Olde Wolbers at the helm of production with engineer Jeremy Blair (GUNS N' ROSES, FEAR FACTORY).

Commented Howard: "Christian is done tracking guitars, Pat is wrapping up the bass tomorrow, and I'm three-quarters of the way done recording vocals. Christian has been pulling double duty editing guitars, bass and vocals as well. This dude never sleeps! Tracking the band has been moving fast in the studio. Mainly because we demoed every song beforehand. This helps a TON when tracking the real thing. It's a waste of time and money to be sitting in the studio wondering how the next part of the song should go. So kick some ass on your demo home recordings! We will be completely done tracking and editing before the year is done, and ready for mixing in January."

Video footage from the studio is available below. Also available is an ARKAEA widget.

Howard has been a part of the FEAR FACTORY family ever since Olde Wolbers served as producer for THREAT SIGNAL's debut, "Under Reprisal". Given that connection, the chemistry was there the instant the band started playing together.

You can preview new music at www.myspace.com/arkaeamusic. 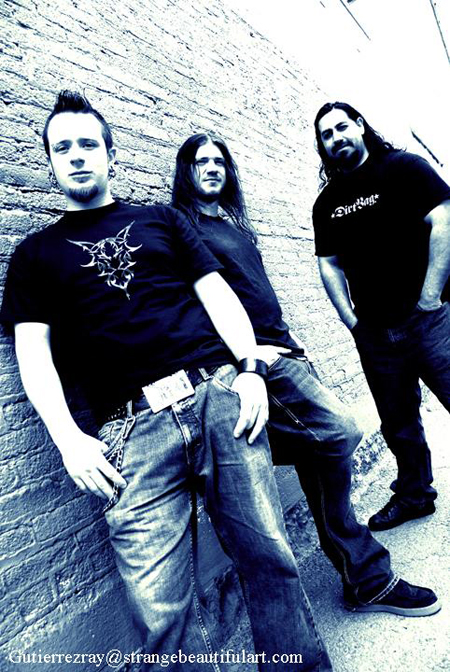