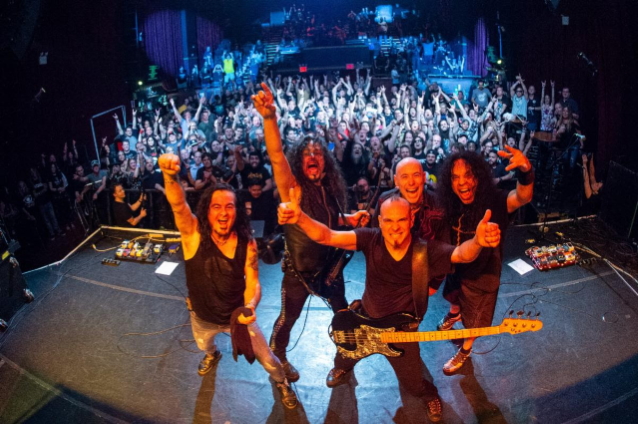 For another preview of "Symbol Of Salvation Live", a video for the track "The Truth Always Hurts" can be seen below.

There are many ways to celebrate the anniversary of an important release in a band's career, and for "Symbol Of Salvation"'s 30th birthday — an album vocalist John Bush refers to as ARMORED SAINT's "cornerstone record" — comes "Symbol Of Salvation Live". A combination live album and video of the band playing the album in its entirety at New York's famed Gramercy Theatre during their 2018 tour, it captures the power, diversity and peerless songwriting contained within it.

"I felt like showing 'Symbol' in another light was a great homage to the record itself," states bassist Joey Vera. "Also, having all the fans be there and part of that event is a way for us to say 'Thank you!' For, without them, we can't do any of this in the first place."

There is no denying that "Symbol Of Salvation" stands out of the band's catalog as something truly special, something that the band recognize as readily as their rabid fanbase. "It links our past to our future," says Bush. "I believe it was the time that we honestly thought we could do whatever we wanted to musically and it would somehow work. There's a magical feeling about it and it continues to gain mystique every year." However, the band went through some adverse times while initially writing the songs that would make up the record, being without a label for three years prior to signing with Metal Blade, and in 1990 — before they headed into the studio — losing founding guitarist Dave Prichard to leukemia. This ultimately served to light a fire under the band, pushing them to deliver their very best. "Because we had lifted ourselves out of these ashes, as it were, we felt a very strong desire to make every little thing count," elaborates Vera. "It felt more important than anything we had ever done before. For one thing, we didn't want Dave's writing contributions to be in vain. Also, we were on a mission to let the world hear what we'd been working on for three years. Funny thing is, that during the separation of the metal genre between glam and thrash from '85 to '89, we kinda felt like we had to prove something to everyone else. But while making 'Symbol', we also had something to prove, except this time, we had to prove it to ourselves."

The decision to play the album in its entirety on dates in the U.S. and Europe in 2018 was in fact quite pragmatic, the band between records and wanting to play more shows, and with the anniversary of "Symbol Of Salvation" on the horizon, Vera believed it would be a "fun challenge" to play it in a live setting. "We thought since the fans seem to agree that this record is a favorite, it would be well received," he says. "And as usual, it takes time and planning for a release down the road, so we jumped on that idea and did a bunch of dates before we began writing for our next record. It was really great seeing the reaction from the crowds when we'd play the really deep cuts. Not only the songs we very rarely played, but also the couple of songs that we had never played before. Some of these tunes took on a whole new life and it was very motivating for me, to see these songs in a different light. I would say that experience was an inspiration when I began writing for 'Punching The Sky' (2020)." The show itself was captured by a six-camera crew, Bush saying the band were "pumped up", knowing that they were filming, and, as always, the quintet delivered their very best from the moment they stepped on stage. They also have fond memories of the show, which remains their biggest headline show in New York to date. "The vibe in the room was so great," says Vera. "The fans made us feel so welcome, like we had come home for a celebration of sorts, and we all celebrated 'Symbol Of Salvation'. It gave me chills hearing people sing along to songs like 'Burning Question', a song we never had played live before."

As an extra bonus, the vinyl and digital versions of the record contain five demo tracks from the "Symbol Of Salvation" writing sessions with Dave Prichard, which have never been released on that format. "They're songs that didn't make the record, however, there still is a vibe to those tunes, plus Dave's playing is on them, so that makes them special," says Bush. These tracks make for welcome additions, helping to further celebrate the record, and the band are just happy and respectful of the fact they have reached this anniversary. "If you would have told me thirty years ago that we'd be talking about this today, I would have told you that you were crazy," Vera says. "All we've ever wanted was to make our own music, to take joy and take pride in doing it. The fact that we also have very loyal fans who continue to support what we do is the best icing on this cake. I try to look at our records as objectively as possible, and when I can do that, I'm very proud that this record is a huge part of the band's legacy, and I am extremely humbled that I'm a part of that."

This December, ARMORED SAINT will join BLACK LABEL SOCIETY and PRONG for a short run of shows in the USA. 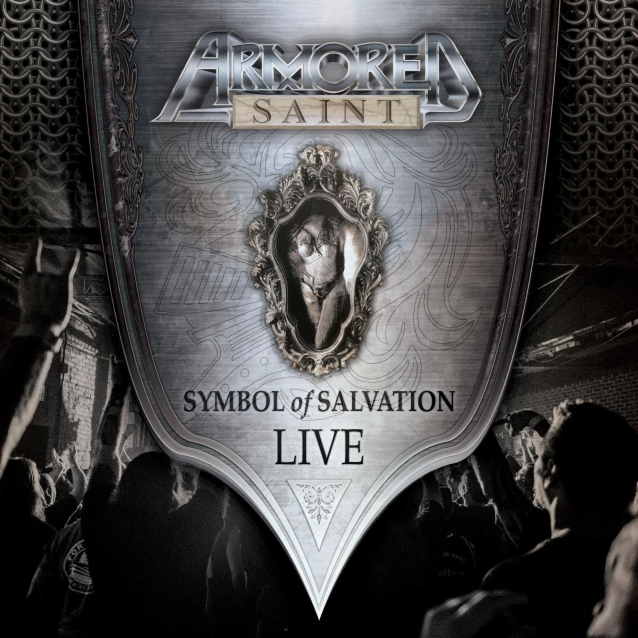 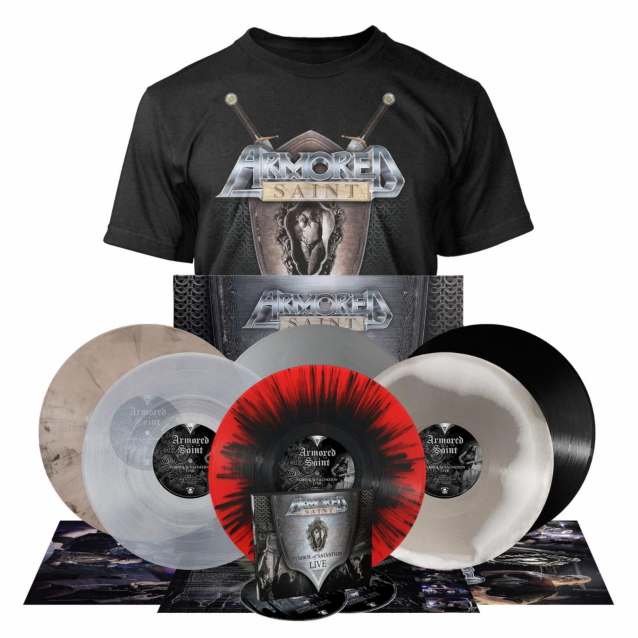