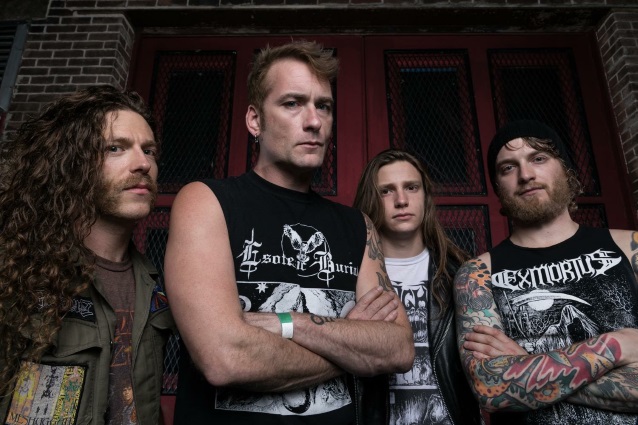 Virginia Beach, Virginia's ARSIS, a standout in the technical, melodic death metal genre, has inked a record deal with Agonia Records. The agreement excludes North, South and Central America, where the band's product will be released by Nuclear Blast Records.

ARSIS entered AudioHammer Studio in Sandord, Florida in late 2017 with producer Mark Lewis (WHITECHAPEL, DEVILDRIVER, CANNIBAL CORPSE) to begin recording its sixth album. The follow-up to 2013's "Unwelcome" will be made available later in the year.

ARSIS co-founder James Malone commented: "We are really excited to have found a label partner outside of the Americas.

"Agonia works with some great bands and we are pleased to be working with them moving forward.

"We look forward to reaching some new ground with a new record in 2018. Stay tuned for details".