ARTIFACT, the Norwegian band featuring former SIRENIA guitarist Björnar Landa, has finished filming a video for the song "New Messiah". The group says, "Although [the clip] hasn't been edited yet, we can promise you lots of smoke, sparks and pyrotechnics. We've even included a special surprise for you at the end of the video."

ARTIFACT released its debut album, "The Only Salvation", in June via Spiralchords. According to a press release, "The Only Salvation" is "a multifaceted adventure that blends dark rock, metal and industrial elements in a remarkably strong way. Juicy riffs, crunchy synths and huge choruses amalgamate with varied atmospheres which pend between aggressive volcanos ('Dead Eyes', 'New Messiah') and emotional, thoughtful beauty ('Scapegoated & Demonized')."

ARTIFACT is a band from the city of Stavanger on the west coast of Norway, formed in late 2002. The band consists of Landa, vocalist Tor Arne Fassotte of THIS NEGATIVE KARMA, guitarist Pål Evensen who programs and writes most of the music, and drummer Svein Harald Kleppe who has played in a number of bands, ranging from black metallers CARPATHIAN FOREST to prog rockers SEA OF DREAMS and MAYAH. 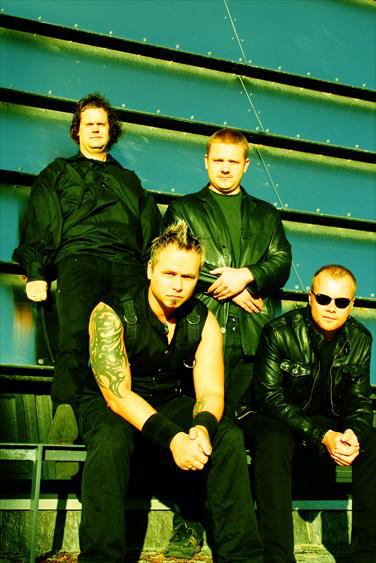