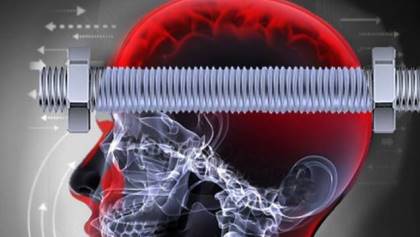 CD cover can be a work of art but only a few of heavy metal CD covers have this exclusive status. The artwork to JUDAS PRIEST's "British Steel" LP, without a doubt, has its place in that elite group. Now, 34 years after "British Steel" was first released, Roslaw Szaybo, the man behind the design (as well as the JUDAS PRIEST famous logo and number of other covers),is back in the heavy metal game! He has designed the artwork for SCREAM MAKER, a metal crew from Poland. The artwork will be used on the cover of "Livin' In The Past" LP, the band's debut album, to be released on April 8 via Perris Records.

Over the course of the last few years, 80-year-old Szaybo has been mainly involved in designing posters for theaters and live music shows and rarely worked on CD covers.

After graduating from Academy of Fine Arts in Warsaw, Szaybo emigrated to London, where he quickly became the chief artistic director in CBS Records (now Columbia Records),one of the biggest record companies in the world.

Szaybo was responsible for creating CD covers of artists like Miles Davis, Elton John, Janis Joplin, Carlos Santana and THE CLASH. But the most recognizable artwork he has ever done was for the aforementioned "British Steel". The famous hand holding a razor blade is now considered a milestone in this field of art.

Szaybo's new artwork is a direct reference to the old days of heavy metal and classic covers like the other JUDAS PRIEST album, "Stained Class".

"Our music is inspired by the old-school heavy metal and [Roslaw] perfectly understood that," says SCREAM MAKER bassist Adam Radziłowski. "The message he conveyed in this cover is mindblowing." 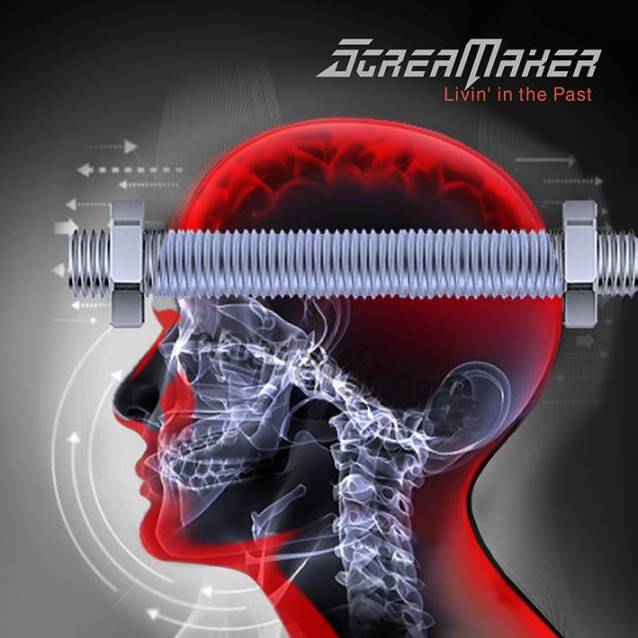