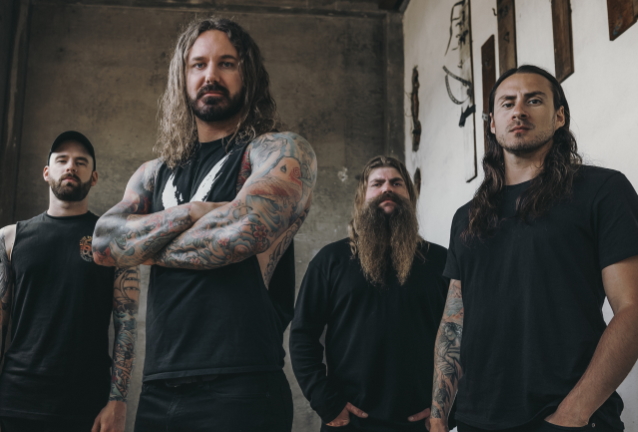 AS I LAY DYING Announces 'Two Decades Of Destruction' U.S. Tour With WHITECHAPEL

San Diego metallers AS I LAY DYING are celebrating their 20th anniversary as a band with the "Two Decades Of Destruction" tour. Today, the band announced the U.S. leg of the trek will kick off on June 10 in Las Vegas. Joining the band for the 30 dates will WHITECHAPEL, SHADOW OF INTENT, BRAND OF SACRIFICE (June 24-July 17),and OV SULFUR (June 10-23) The tour will conclude on July 17 in Oklahoma.

AS I LAY DYING guitarist Phil Sgrosso comments: "After two years of anxiously awaiting the safe return of live events, it's finally our time to get back out on the road to celebrate 'Two Decades Of Destruction' with WHITECHAPEL, SHADOW OF INTENT, BRAND OF SACRIFICE and OV SULFUR. We've had enough time to fully recharge and can't wait to feel that energy of performing onstage again. We've certainly missed our fans so we look forward to reconnecting with everyone as we celebrate our 20-year milestone and get back on the road. See you soon!"

General admission and VIP tickets for the tour go on sale on Friday, April 1 at 10 a.m. EDT.

Last September, AS I LAY DYING released a new song called "Roots Below" which was originally a B-side leftover from when the sessions for the band's 2019 album "Shaped By Fire".

A month earlier, guitarist Nick Hipa confirmed his exit from AS I LAY DYING, explaining that he can no longer justify being part of "a superficial pursuit" of the "story and meaning" that the band's 2018 reunion was built upon.

In September 2019, AS I LAY DYING released its seventh full-length album, the aforementioned "Shaped By Fire", via Nuclear Blast. 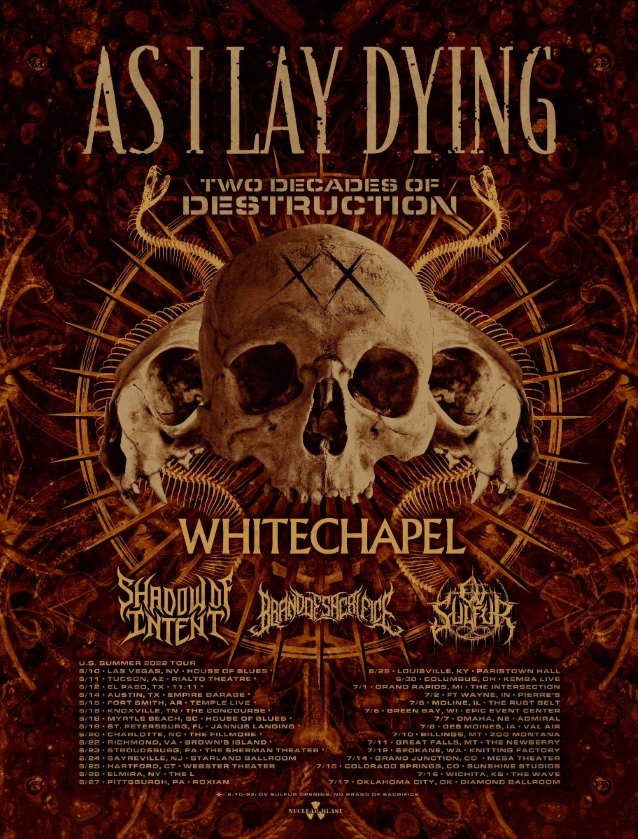