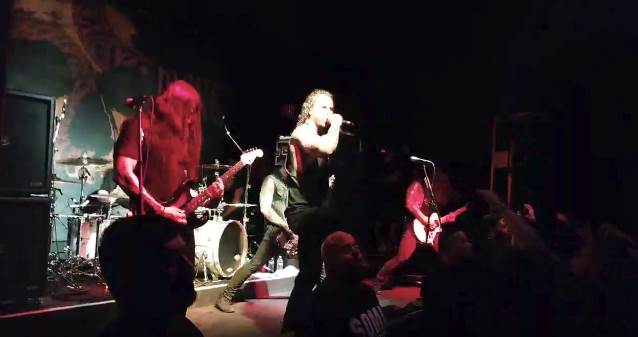 The classic lineup of California metallers AS I LAY DYING — Tim Lambesis on lead vocals, Jordan Mancino on drums, Phil Sgrosso on rhythm guitar and backing vocals, Nick Hipa on lead guitar and backing vocals, and Josh Gilbert on bass and clean vocals — played its first first comeback show last night (Saturday, June 16) at Soma Sidestage in San Diego, California. Fan-filmed video footage of the concert can be seen below.

The $10 tickets to AS I LAY DYING's first live appearance since 2013 at the 300-capacity Soma Sidestage reportedly sold out in four minutes. It was said to be the band's decision to play on a smaller stage rather than the 2,000-capacity mainstage.

Earlier in the month, AS I LAY DYING released a new song called "My Own Grave", which marked the first fresh music from the band since it issued its sixth album, "Awakened", back in September 2012.

Last night, the five members of AS I LAY DYINGreleased a half-hour video in which they discussed the return of their classic lineup, including how they reconnected and repaired their personal relationships following Lambesis's release from prison. 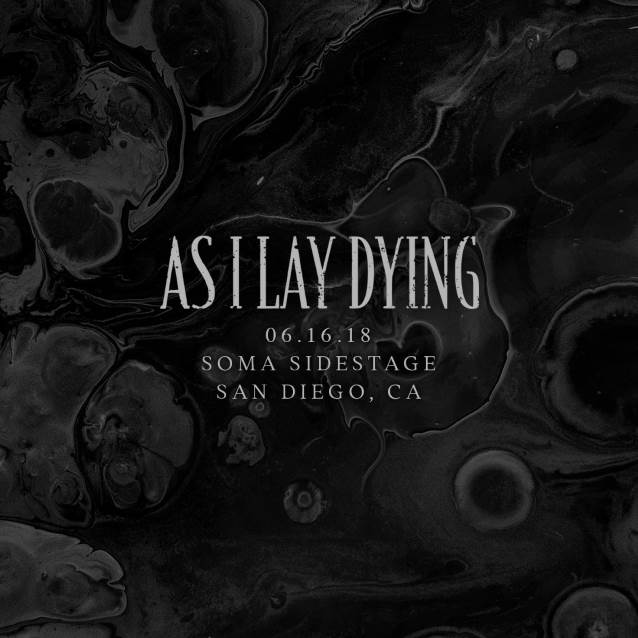