The first part of a track-by-track breakdown of the self-titled debut album from ASHES OF ARES, the band featuring Matt Barlow (ex-ICED EARTH),Van Williams (ex-NEVERMORE) and Freddie Vidales (ex-ICED EARTH),can be seen below. Due on September 6 via Nuclear Blast Records, the CD was recorded in part at Morrisound Recording in Tampa, Florida with legendary producer Jim Morris (ICED EARTH, OBITUARY, JON OLIVA'S PAIN, JAG PANZER). It will be made available as a limited CD in a digipak, including a bonus track, as well as in two different 2LP versions.

Regarding the album title and the cover artwork, which was designed by drummer Van Williams, Van states: "We discussed a few ideas, but once we had developed the band logo, it felt right to use it as the introduction to the band along with the name as the focal point for our first album. The artwork, for me, reflects where each of us has been and how we are coming together from our pasts in this new endeavour."

In an October 2012 interview with Rocket Queen Promotion, Barlow stated about ASHES OF ARES' musical direction: "Well, most folks know what to expect from me, from my work with ICED EARTH and PYRAMAZE. So you take some of that and mix it with Van's brand of cadence and Freddie's riffage… blam-o….it's ASHES OF ARES!!! It's just straight-up heavy metal!"

Regarding the band's future plans, Barlow said: "The reason we are all doing this is for the love of music. We are metal guys and this is what we do. ASHES OF ARES live shows will be limited, but there will be live shows for fans, friends, and family to come to and enjoy with us. We really just want to create music that we enjoy and have that translate to our listeners."

ASHES OF ARES made its live debut on May 17 at the Rock Hard Festival at Amphitheater in Gelsenkirchen, Germany. 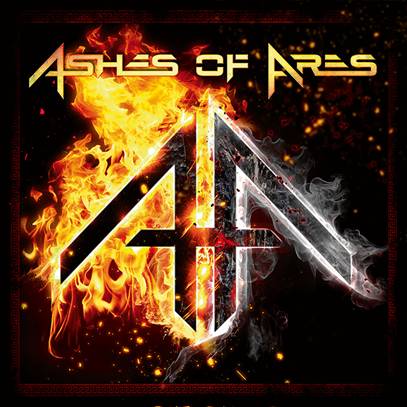 Find more on Ashes of ares