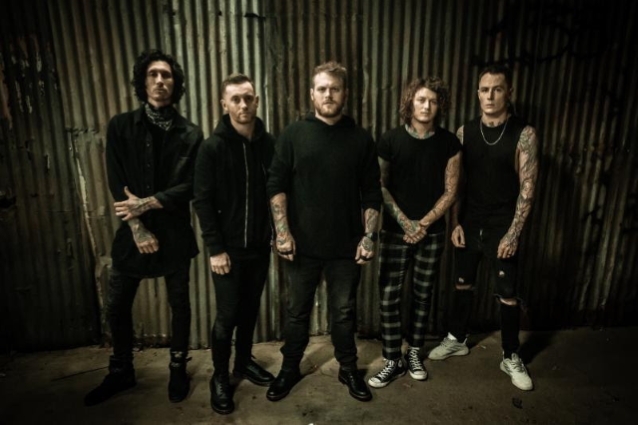 "The Violence", the latest anthem from British metal outfit ASKING ALEXANDRIA, has been given the remix treatment by one of EDM's hottest producers — Polish beatsmith Sikdope. Watch the accompanying visualizer below.

Sikdope has built a reputation as a chameleon in the studio — from vicious bass-house to radio-ready progressive cuts and futuristic trap sensibilities — with an uncanny knack for keeping everyone guessing. His brand of merciless festival ammunition eventually caught the ears, and co-sign, of Calvin Harris on his breakout hit "Snakes", essentially lighting a fuse that continues to burn with 760,000 monthly listeners on Spotify and a combined social following of 750,000.

Now the 27-year-old producer is steering the direction of electronic music's most exciting new sounds. When he's not canvasing clubs and festivals across the world — from Creamfields China to EDC Orlando's Main Stage — Sikdope is buried under headphones in the lab, tampering with dangerous new sonics.

Speaking on his bombastic remix of ASKING ALEXANDRIA's latest anthem, Sikdope says: "I've been a fan of ASKING ALEXANDRIA for as long as I can remember. They're also great friends of mine, so, of course, I was thrilled when they asked me to remix 'The Violence' (also one of my favorite tracks this year). I sang in a rock band as a teenager so remixing this track felt like second nature to me; I got to go back to my roots but also showcase the evolution of my sound. This remix feels like such an accomplishment for me because when I was in a band as a kid, my dream was to have a release on Sumerian… now I'm on it as a DJ."

ASKING ALEXANDRIA guitarist Ben Bruce says: "I'm a firm believer that the best collaborations come from when artists come together through a true and real connection. A great collaboration can't be forced; they are born from a mutual respect and passion. In this case, Sikdope and myself had been friends and mutual fans of each other's work for many years prior to this collaboration. We went out for dinner one night and decided, spur of the moment, to collaborate! I'm so excited that we finally got to work together and through combined efforts have created such a MONSTER of a tune!"

Since launch back in July, the original version of "The Violence" has clocked up over eight million Spotify streams and two million YouTube views. The track has stayed firmly on the SiriusXM Octane's "Big Uns Countdown" since its debut four months ago.

ASKING ALEXANDRIA is currently in the studio working on its sixth studio album, the follow-up to 2017's self-titled release, which spawned massive radio hits "Alone In A Room", "Vultures" and "Into The Fire" and to date has amassed over 130 million Spotify streams. 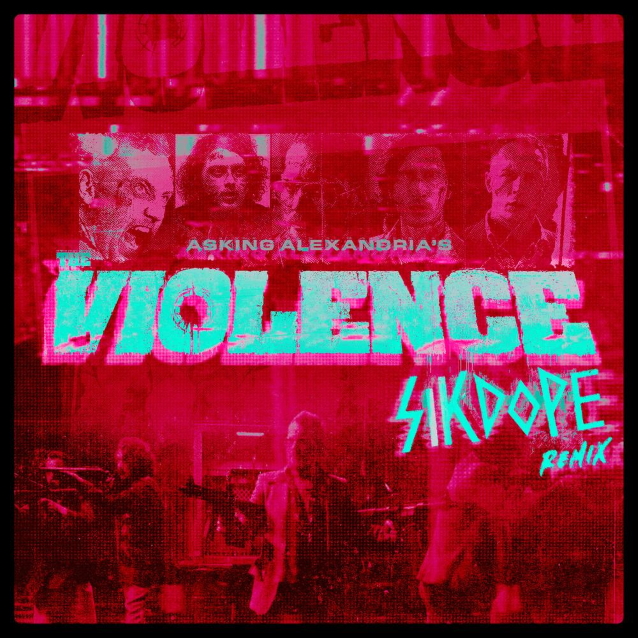