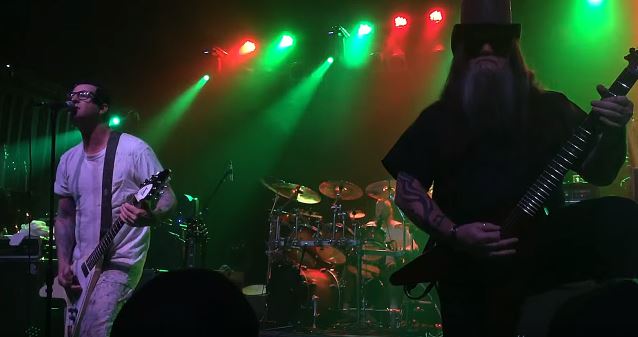 AUDIOTOPSY's debut album, "Natural Causes", was released on October 2 via Napalm. The CD was produced by the AUDIOTOPSY bandmembers at The Porch Studio in Orlando, Florida with engineer Tim Laud.

Said Greg: "The focus was to write solid, hooky, big riff songs. We didn't want to sound or look like every other band. It's not supposed to be regular. We're all building this vision together." Merging intricate instrumentation with a seamless knack for melody, they conjured up a style as heavy as it is hypnotic. "We got a vibe going", added Greg. You could call it 'progressive hard rock.'"

Regarding the CD's opening track, "Headshot", Billy said: "It's from the point of view or the eyes of, not necessarily a soldier, but anybody who's in battle and in the trenches. Metaphorically speaking, it's life through the eyes of somebody fighting a battle."

Tribbett, who was also a member of HELLYEAH until early 2014, said about his project: "I'm extremely excited about AUDIOTOPSY. The music has everything you want in a record… heavy, melodic, atmospheric, big, hooky riffs/singalongs as well. The guys in the band are great and we all feel as if this was meant to happen."

Tribbett and bassist Bob "Zilla" Kakaha were dismissed from HELLYEAH in 2013. HELLYEAH guitarist Tom Maxwell explained: "They just pretty much had a lot of other stuff going on in their life that just took the focus of the band away, and for us to continue, we had to part ways with them."

Meanwhile, it's been six years since MUDVAYNE released its self-titled fifth album, which was barely promoted and sold weakly upon release.

The band has been silent since then, although a message was posted at its Facebook page last year saying that the group had not broken up. 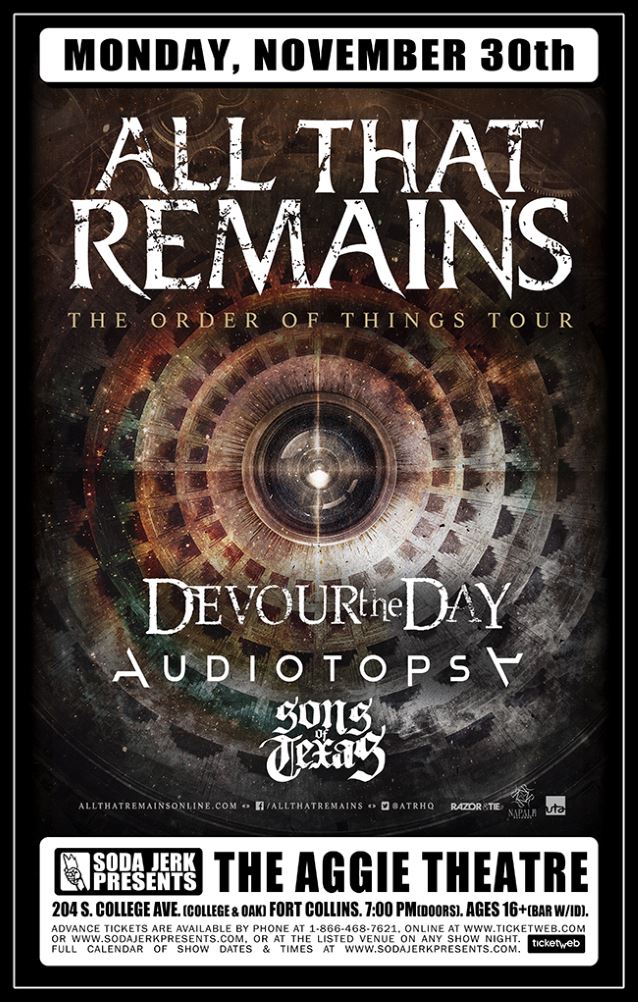