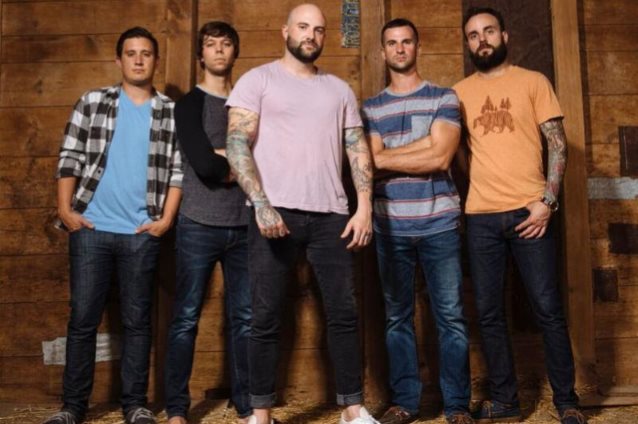 AUGUST BURNS RED has released the official Dan Fusselman-directed music video for the song "King Of Sorrow". The track is taken from the band's seventh full-length album, "Phantom Anthem", which came out last October via Fearless Records. The follow-up to 2015's "Found In Far Away Places" was recorded with longtime producers Carson Slovak and Grant McFarland.

Guitarist Brent Rambler told AXS about AUGUST BURNS RED's relationship with Slovak and McFarland: "We like working with them, because they are our friends and want the band to successful, so they aren't afraid to give us ideas and tell us if something should change. Also, Grant is a great vocal producer and helps tremendously in the studio when we track vocals. They grew up listening to a lot of the same music as we did, so we have very similar tastes in music, which really helps for those out of the box moments in our songs. Their studio is literally a six-block walk from my house, so that's also nice."

In a separate interview with Guitar World, Rambler said that "Phantom Anthem" is "a more serious-sounding album" than AUGUST BURNS RED's previous efforts "in part because this whole last election cycle was really stressful. We're the young people. We're the ones who are going to have to live with the repercussions of what happens over the next however many years."

Added guitarist JB Brubaker: "Like a lot of people, I think we are frustrated because it seems like no one in this country can agree on anything. And if you don't agree with someone’s political views right now, you can't even have a discussion. People immediately become very defensive and accusatory and there's not a lot of civil conversations you can have when people are disagreeing like that."