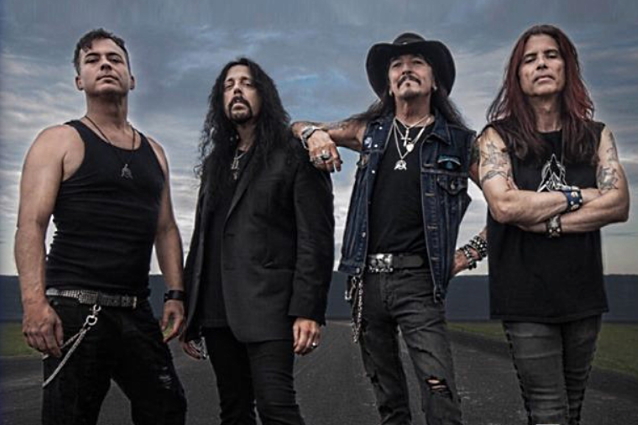 Dirty Dogs Roadhouse in Golden, Colorado will host Colorado Freedom Festival Mini on Saturday, June 20. Doors open at 11:00 a.m. and music plays until 10:00 p.m. Due to social distancing rules, as well as safety of both patrons and the venue, the event will operate at a reduced capacity of 800, and people are encouraged to come early. Admission is free with an in-kind donation.

AUTOGRAPH headlines the event. They have been performing since the early 1980s and are best known for hits like "Turn Up The Radio" and "Blondes In Black Cars". Over the course of their career, they have shared the stage with KISS, MÖTLEY CRÜE, HEART, AEROSMITH, DIO, VAN HALEN, Bryan Adams and WHITESNAKE.

AUTOGRAPH bassist Randy Rand is very well known in the Denver music scene. He toured the area frequently in the early 1980s with bands like THE OFFENDERS and WOLFGANG, playing at Mr. Lucky's, M-80's and The Godfather.

There is also a great lineup of Colorado bands. VAN CRÜELEN is an amazing VAN HALEN/MÖTLEY CRÜE tribute. VOA is a tribute to Sammy Hagar and INFESTATION 303 is a tribute to RATT. DRIVEN BY TURMOIL is an all-original grove metal band which won Colorado's premier "Battle Of The Bands", the 2019 Heart For Hayden music fest.

Colorado Freedom Festival in an annual summer event that was created to raise awareness for returning soldier heroes who are suffering from PTSD. 100% of the proceeds benefit the American Soldier Network.

Freedom Festival founder Dean Gary says: "This year we are lucky to have found an amazing friend in Dirty Dogs Roadhouse that has the capacity to allow our vision and mission happen. It will be on a smaller scale, but the message will be bigger than ever for many reasons.

"People are dealing with sadness due to the loss of human life, their businesses, finances and for some... freedom and hope. We are all aware how this past few months has made us realize the importance of freedom, family, friends, heart and life. So on this day — June 20th, 2020 — we want to come together in a peaceful union to remember and thank our nation’s heroes. Without them, we wouldn't even have been able to get through this together. We love and thank you all." 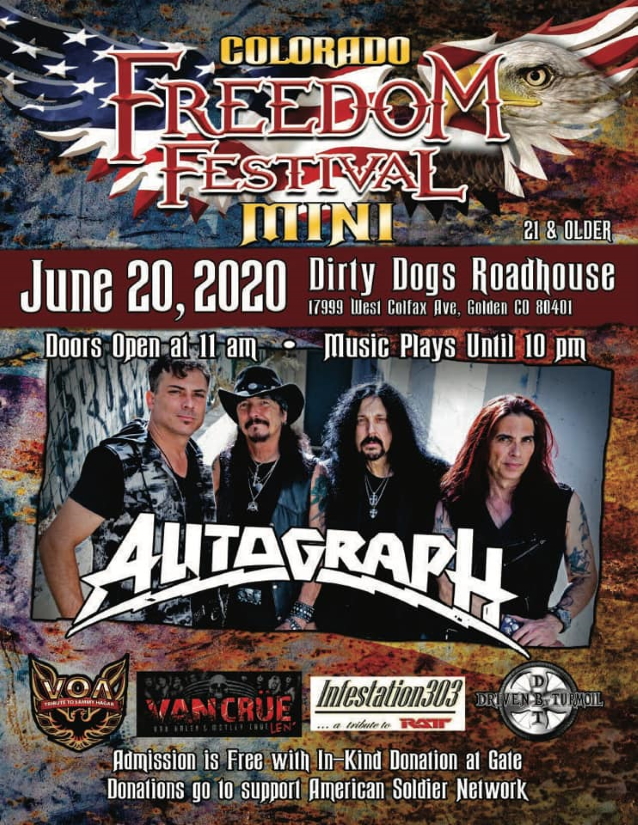