AVALANCHE: Debut Album To Be Recorded In Early 2009

"We have been getting quite a good amount of messages from people looking to get the [debut AVALANCHE] album or buy songs from iTunes. Firstly, a big thank you for the interest! Secondly, as of yet there is no album, and the songs on the MySpace are only demos of the forthcoming album. We are keeping a lid on the details at the moment, but we can say that the album will be recorded in early 2009, and it will most likely see a release in [the second quarter] of 2009, so keep your eyes to [our MySpace page] for more info regarding the album and also upcoming tours and shows! 2009 is the year when the AVALANCHE will go into full velocity! We will also be announcing a bassist in the near future."

IN FLAMES bassist Peter Iwers and EVERGREY keyboardist Rickard Zander are among the guest musicians who will appear on the upcoming AVALANCHE album.

Mörck previously stated about the band: "AVALANCHE has for long been an idea between me and Jake E to break out of the mold of our past projects and create something new and fresh entirely and to give room for ideas not appropriate for the other acts and projects we are part of. The result is an onslaught of soaring melodies, heavy riffing and guttural screams from the netherworld, a result of having three singers in the band; Jake E on clean vocals, cabaret virtuoso Elize on female vocals and Andy on screams. The result is a quite distinct sound, especially combined with the music itself that draws upon influences from a varied spectrum of genres, all to create a thrilling experience for the listener. Another defining feature of AVALANCHE is the idea of a collective — everyone from superstars of the industry to just generally talented people will lend their unique skills to AVALANCHE on the coming album. This, however, won't stop AVALANCHE from being a tour de force in live shows and tours, since the core of this metal machinery is based primarily on the regular members. This project has just taken off, but we're quite excited to show you what we have so far, and a lot more will come in a very near future." 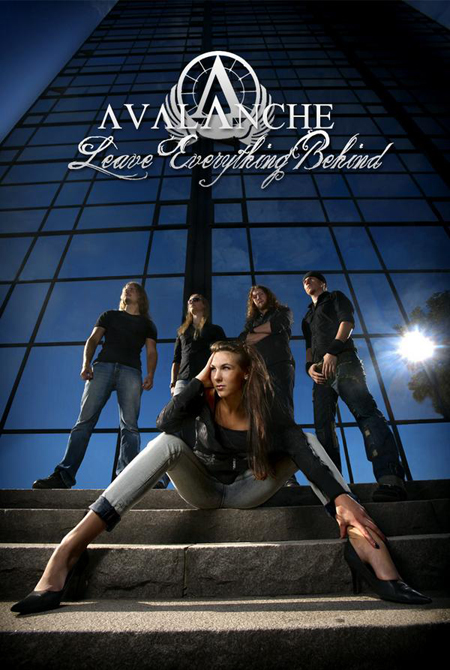