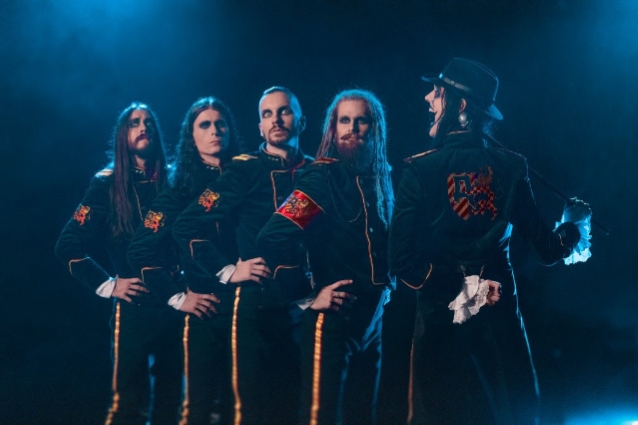 Swedish metallers AVATAR have announced the launch of a Kickstarter campaign for the creation of "Legend Of Avatar Country", a musical featurette to their latest album, "Avatar Country".

Comments singer Johannes Eckerström: "We are not a normal band and 'Avatar Country' is not a normal album. The whole idea was always to take our audience on a crazy journey into the stranger parts of our minds and the heart of our love for metal music. As a very visual group, this is the natural conclusion of the 'Avatar Country' saga and we hope people will be as excited to see it as we are. It will be a great document of a very special time in our career and in the life of our fans. We have some very special rewards lined up to make it worth people’s while."

AVATAR has teamed up with Kerrang! magazine to bring this incredible film to light.

"Bands always tell their audience, 'We couldn't have done this without you,' and this time it's truer than ever," Johannes continues. "The labels have done their part in supporting the making of the music videos thus far, and what comes next is up to us. I truly believe we can make something great together."

The Kickstarter campaign will launch this Monday, October 29.

AVATAR is currently on tour in the United States with TRIVIUM on the "The Sin And The Sentence" world tour in continued support of "Avatar Country". This is the band's second full-scale North American run since earlier this year in January which featured the circus sideshow, Hellzapoppin.