Swedish doom metallers AVATARIUM will release their third studio album, "Hurricanes And Halos", on May 26 via Nuclear Blast. The artwork for the disc was once again created by Erik Rovanpera, who previously designed the cover art of the band's debut album, and shows a mystical creature inspired by the epic track "Medusa Child".

The first trailer for "Hurricanes And Halos", in which singer Jennie-Ann Smith and guitarist Marcus Jidell discuss the songwriting process and the arrangements of their eight new tracks, can be seen below.

"To be asked to do the artwork for the new AVATARIUM album was an honor," states Rovanpera. "And without knowing the lyrics to the title song 'Hurricanes And Halos', this is my interpretation of the title. Inspired by art nouveau, comic books and many other things in the current art movement this is my take on the good, the bad, the beauty and the beast. And using a broader color palette than usual and thereby pushing my own borders was great fun to do".

As was the case with the band's first two efforts, AVATARIUM relies on beauty and darkness, heavy guitars and fragile sounds, unique female vocals and the mystic vintage blues sound from the '60s, while still staying on modern ground and trusting into the haunting soul of doom rock. Six out of the eight new tracks were forged by CANDLEMASS wizard Leif Edling, but guitar master Marcus Jidell and Jennie-Ann Smith also contributed to the songwriting and formed a worthy successor to "The Girl With The Raven Mask" — an album that landed the band the "Up And Coming" award from Germany's Metal Hammer magazine.

"Hurricanes And Halos" was produced by Jidell himself, while David Castillo (KATATONIA, BLOODBATH, OPETH) recorded and mixed it in the famous Ghost Ward Studios and the mastering was done by Jens Bogren (SOILWORK, SEPULTURA). Together they created an organic and warm sound that sets "Hurricanes And Halos" apart from the overbred, electronically optimized mass.

"Recording 'Hurricanes And Halos' has truly been an emotional roller coaster for me and I do think that has contributed to a pure and vibrating energy on the album. I am deeply proud of what we have achieved together," stated Jennie-Ann Smith. Jidell added: "It feels like the two previous albums and the EPs lead us to this one. It's been a natural flow to where we are today, musical- and emotional-wise." 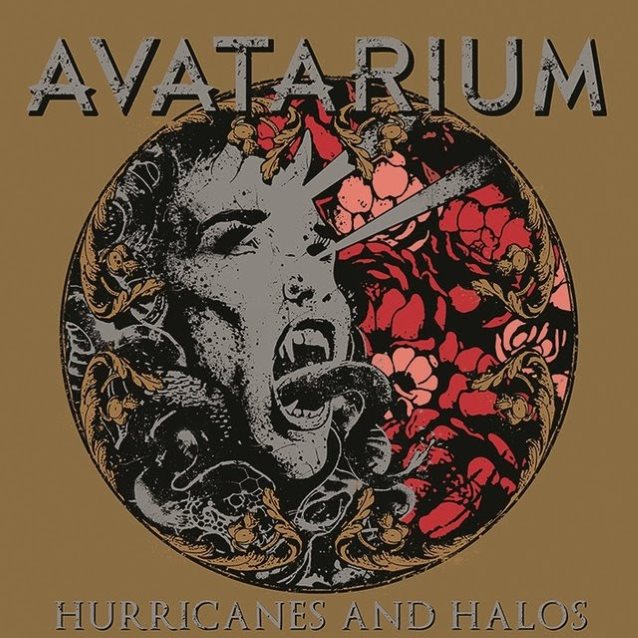