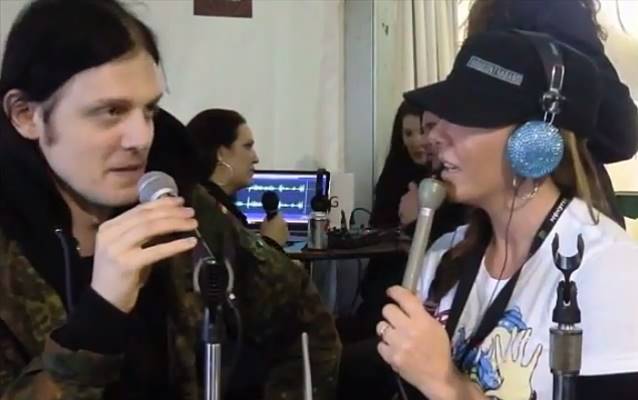 Tina Smash of the Jacksonville, North Carolina radio station Rock 105.5 conducted an interview with vocalist Johannes Eckerström of Swedish metallers AVATAR at this year's Rock On The Range festival, which was held May 16-18 at the Columbus Crew Stadium in Columbus, Ohio. You can now watch the chat below.