Houston Open Air is the brainchild of Danny Wimmer Presents, a Los Angeles promotion/production company which is responsible for some of the biggest rock festivals in America, including Aftershock, Rock On The Range, Welcome To Rockville, Fort Rock, Carolina Rebellion and Louder Than Life. Their partnership with concert giant AEG has curated the World's Loudest Month festival series, spanning eight festivals and half a million rock fans across five consecutive weekends in April/May.

"We're excited to bring a new rock festival to Houston," Danny said. "I have been looking at Houston for years. The market has all the elements needed for a unique destination festival: a strong rock community, a vibrant food scene, and a love of great whiskey and craft beer. We’re looking forward to bringing the Houston market a full festival experience with top rock bands, showing the rest of the country all that Houston has to offer, and helping to showcase some of the reasons that the Washington Post named Houston as one of the top five food cities in America."

Given the devastation caused by the recent flooding, Houston Open Air festival organizers are in talks with the Houston Mayor's Office to highlight local disaster relief efforts and fundraising. Details of this program will be announced along with the lineups.

The full list of Houston Open Air music, whiskey, craft beer, and artist-inspired beverages, as well as the Gourmet Man Food lineup, will be revealed on Monday, May 16 at noon CDT with early bird festival ticket discounts available Tuesday, May 17 at noon CDT via the Houston Open Air web site.

NRG Park is located at One NRG Park in Houston, Texas. 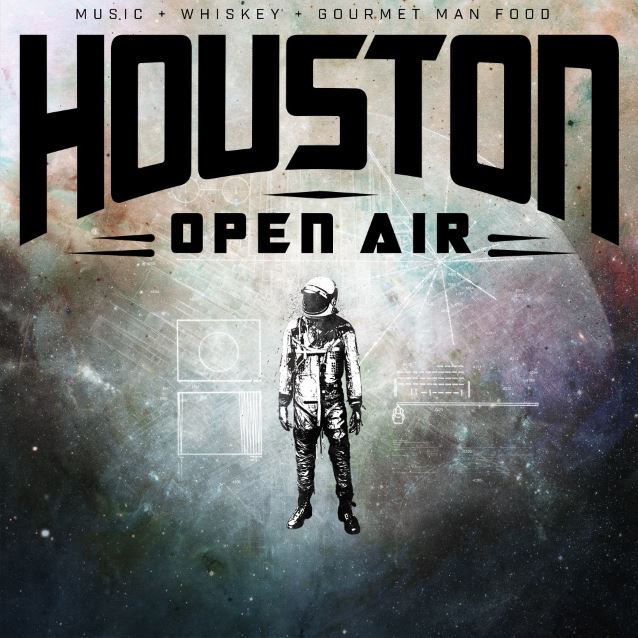