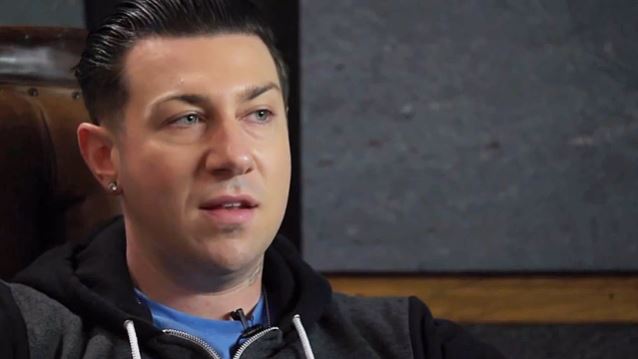 AVENGED SEVENFOLD guitarist Zacky Vengeance has addressed recent comments from MACHINE HEAD frontman Robb Flynn, in which Flynn called AVENGED's new "Hail To The King" CD a "covers album." Flynn specifically called AVENGED SEVENFOLD out for songs like "This Means War", which bears a strong resemblance to METALLICA's "Sad But True", along with others.

Vengeance told U.K.'s Kerrang! magazine: "With any success, a lot of voices come out, and you start hearing a lot more opinions on the matter. We've provoked very strong reactions in both directions since day one, and coming from a very humble hardcore scene in Orange County, California, and being a band that has gone on to put out ballads, we've gotten the worst of it off of that."

The guitarist refused to be drawn on the direct nature of the MACHINE HEAD frontman's criticism, saying: "My only comment [on Robb] is that I really, truly hate to see any sort of divide in rock and metal.

"I think everyone's trying to come up together and bring up other bands along the way, and we've always been really blessed to have bands like METALLICA and IRON MAIDEN take us under their wing and say nice things about us. When you have that, you are really so appreciative, and we hope to do the same for younger, up-and-coming bands, because we're just not ready to give over the throne of rock and metal to a bunch of bands that blow on jugs and play tambourines!"

AVENGED SEVENFOLD singer M. Shadows recently told a Canadian radio station about Flynn's comments: "I have met Robb on numerous occasions and he's always been cool to me. And I just read it as a joke . . . I really don't know what to say about it other than I agree with him on the 'Sad But True' thing — that was obviously an inspiration for that song. Everything else, I kind of think he . . . If it is a joke, it was kind of overboard, 'cause it doesn't make sense in my mind."

Shadows added, "Some people might see it as being as an underhanded . . . joke. But, to me, if he just wants to go in there and write whatever he wants, I think that's totally cool. Everyone has an opinion and everyone should be entitled to say whatever they want. So it's no skin off our backs."

Flynn didn't pull any punches in his critique, writing, "Congratulations to AVENGED SEVENFOLD on their latest 'covers album' coming in at #1. Who knew that re-recording METALLICA, GUNS N ROSES and MEGADETH songs could be such a worldwide hit!!?? Ba-dap Psssssss!!"

Asked if the bands Flynn mentioned were influences, Shadows replied, "I think all the bands he said we were very inspired by. I think also [BLACK] SABBATH, [LED] ZEPPELIN, THE ROLLING STONES."

AVENGED SEVENFOLD kicked off its first major tour in support of the new CD on October 3 in Chicago.