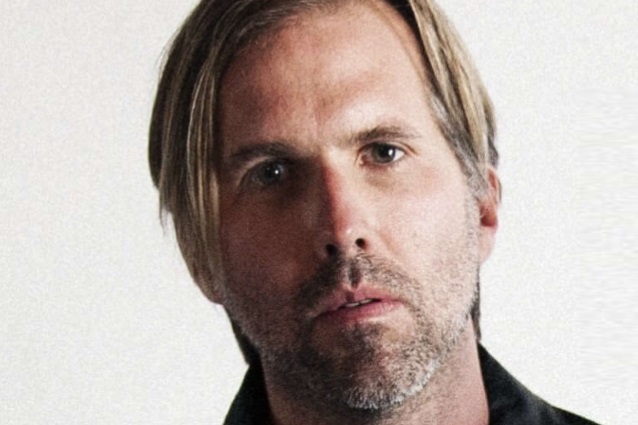 "Late Night With Seth Meyers" is home to A-list celebrity guests, memorable comedy and topical monologue jokes. It is hosted by Emmy Award-winning writer Seth Meyers, who was one of 2014's Time 100 Most Influential People and named to Variety's 2016 New Power of New York list. Previously, Meyers served as head writer on "Saturday Night Live" and anchor on the show's wildly popular "Weekend Update".

Brooks recently said that his stint as the drummer in AVENGED SEVENFOLD is "very fulfilling," explaining that he "couldn't ask for a better gig to express" himself.

In 2015, Wackerman officially replaced Arin Ilejay, who was the group's first full-time drummer after the death of founding member Jimmy "The Rev" Sullivan in 2009.

During an October 19 event at the Grammy Museum in Los Angeles, Wackerman said that AVENGED SEVENFOLD's musical diversity was one of the things that initially drew him to the band.

"Growing up in a musical family where I was exposed to jazz, reggae, rock, metal, I really gravitated toward what these guys were doing," he said. "I appreciated the musicality and just where they would go. The deeper I went into their catalog, the more appreciative I became, because I was very familiar with the band, but once I started doing my homework, I'm like, 'Okay, wow, I want to be a part of this.' As a drummer, you couldn't ask for a better gig to express yourself. Everything that I studied growing up, I'm now able to apply in this band, which is very fulfilling as a musician."

Asked if he feels like part of the band, Brooks responded: "Yes. Not only they were trying to find a drummer, but also a songwriter as well, which was another attraction. And just how democratic this band is. I mean, I've worked with amazing songwriters and musicians in my past, but never have I been part of an alliance like this where everyone has your back, and [is] just very encouraging. We would do take after take on [AVENGED SEVENFOLD's latest album] 'The Stage', and Matt [singer M. Shadows] or Brian [guitarist Synyster Gates] would say, You know, let's think outside the box. Do something better. You can do better.' I've never been pushed that way before, and that was amazing."

AVENGED SEVENFOLD will release a "deluxe edition" of "The Stage" on December 15.

The band's 2018 North American arena headlining tour will kick off January 12 at the Bridgestone Arena in Nashville with special guests BREAKING BENJAMIN and BULLET FOR MY VALENTINE. The trek will be North America's introduction to the electrifying "Stage" spectacle that drew rave reviews in Europe.

Just announced: A7X drummer Brooks Wackerman will be stepping in as the resident drummer on @LateNightSeth every night from Dec. 4th-7th on NBC. Get those DVRs ready. pic.twitter.com/25LdRlU8fC