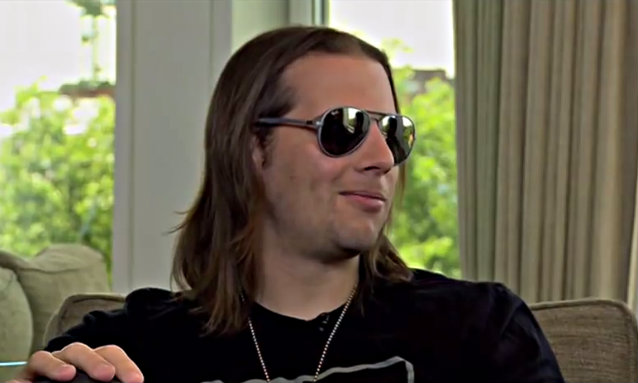 AVENGED SEVENFOLD will reissue its breakthrough second album, "Waking The Fallen", in a new special edition on August 26 that will include 11 never-before-heard songs, a 30-minute documentary and more.

AVENGED SEVENFOLD's sixth and latest album, "Hail To The King", came out last year and was the band's second straight CD to debut at No. 1 on the Billboard chart, following 2010's "Nightmare".

AVENGED SEVENFOLD has released the animated series based around "Hail To The King". The six-episode series is available on Machimina's HappyHour channel on YouTube and also serves as a prologue and back story for the group's mobile game, "Hail To The King: Deathbat", which will debut later in the year.