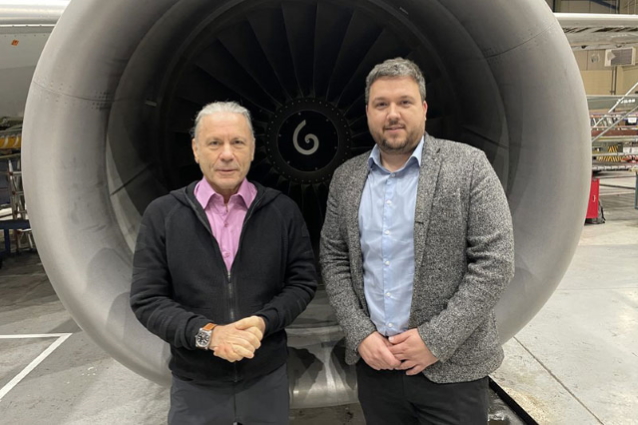 Previously Caerdav's finance manager, Coleman has been with the business for close to a decade, helping to oversee the rapid development of the company and playing an important role in its recent successful deals with the likes of GE Aviation and Ryanair. He replaces previous CEO, Joachim Jones.

Coleman says of his appointment: "I would like to firstly thank Joachim for the work he has done in helping to establish Caerdav as a genuine player in the global MRO sector. I have seen a lot of changes in my time at the company and I'm honored to be able to lead the business forward from here.

"This year has been fantastic for Caerdav, with our superb team bringing in prestigious maintenance contracts with some of the world's largest aviation businesses. As we move into the new year, it's an exciting time to be leading this team as we look to continue building on these successes."

Dickinson adds: "Chris has been a linchpin in the business for 10 years now — no one deserves the opportunity to take this next important step in their career more than him. I'm delighted that he has accepted the challenge to keep growing the business — and it will be a challenge — but I have no doubt that he is the right man for the job."

Chris, a south Wales local, loves spending family time with his partner and child. He enjoys playing golf and is an avid rugby and football fan.

In another change to the senior leadership team at Caerdav, Richard Pitts-Robinson has moved into a new role as commercial director after two and a half years at the business.

Operating from a former RAF maintenance base equipped with 6,000ft ILS runway and parking for up to 20 narrow-bodied airliners, Caerdav specializes in MRO work for Airbus 320s and Boeing 737s, and provides complete training for airline pilots and cabin crew.