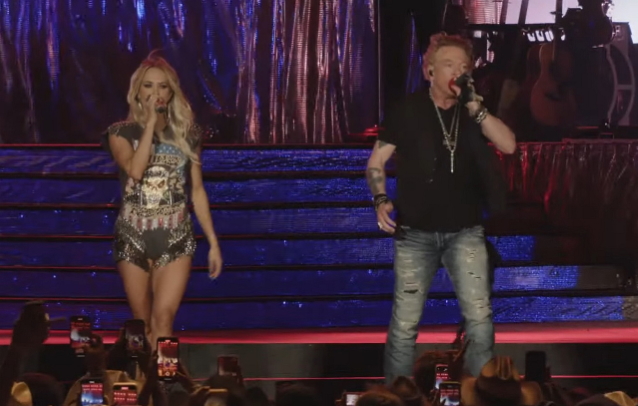 Carrie performed the opening verse and chorus of "Sweet Child O' Mine" with her band before telling the crowd: "Welcome to the greatest night of my life. Give it up for Axl Rose!" They then immediately launched into "Paradise City", with Underwood telling the audience: "You thought we were finished?"

What a great concert Carrie underwood featuring Axl rose.
Stagecoach. That was a cherries on top of the cake.