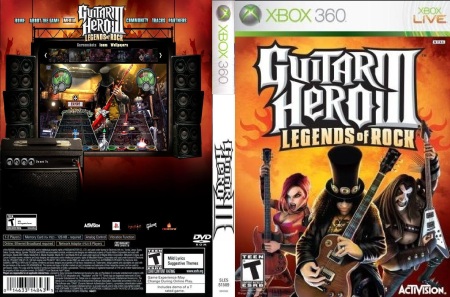 The Pulse Of Radio reports that GUNS N' ROSES singer Axl Rose looks like he may lose his $20 million lawsuit filed against video game giant Activision Blizzard, according to The Hollywood Reporter. Rose sued the company in November 2010, claiming that it used an image of former GUNS guitarist Slash in Guitar Hero III after promising him that the game would not feature any reference to Rose's ex-bandmate. Rose claimed that was a condition of him agreeing to license the song "Welcome To The Jungle" for use in the game.

However, a Los Angeles Superior Court judge indicated on Thursday (January 31) that he is inclined to dismiss Rose's suit because he did not file it until a full three years after the game's October 2007 release. Rose has said that he was not aware of Slash's image in the game until later, although documents in the case indicated that an attorney for the singer emailed Activision about it around the time the game came out.

Rose said in a deposition, "The reason I did not file a lawsuit is because Activision — through my managers and representatives — offered me a separate video game and other business proposals worth millions of dollars to resolve and settle my claims relating to Guitar Hero III."

He added, "From December 2007 through November 2010, Activision was offering me a GUNS N' ROSES-dedicated video game, a game dedicated to music from the 'Chinese Democracy' album, and other proposals."

Although Rose's legal team tried to point to emails suggesting that an agreement was in place for Activision to not use any images or music related to Slash, Judge Charles Palmer responded, "The only extrinsic evidence supports Activision's interpretation and does not support Rose's interpretation."

A full decision should be coming within weeks.