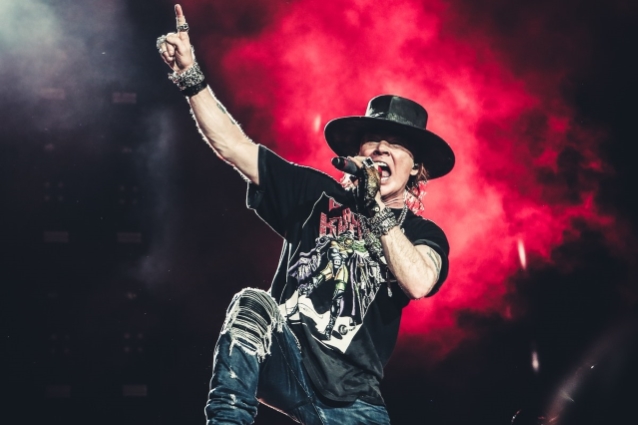 AXL ROSE Slams DONALD TRUMP: 'We Don't Have A President'

Axl Rose has once again slammed Donald Trump, saying that "we don't have a President."

The GUNS N' ROSES singer made his latest comment in response to an interview the billionaire real estate mogul gave to The Hill in which he excoriated Jeff Sessions, saying: "I don't have an attorney general." Trump had previously called Sessions "weak" and disloyal.

On Wednesday (September 19),Rose tweeted: "Trump rips into Jeff Sessions: 'I don't have an Attorney General.' And we don't have a President."

This past January, Axl blasted the Trump administration as the "gold standard of what can be considered disgraceful."

Trump rips into Jeff Sessions: 'I don't have an Attorney General'
And we don’t have a President.