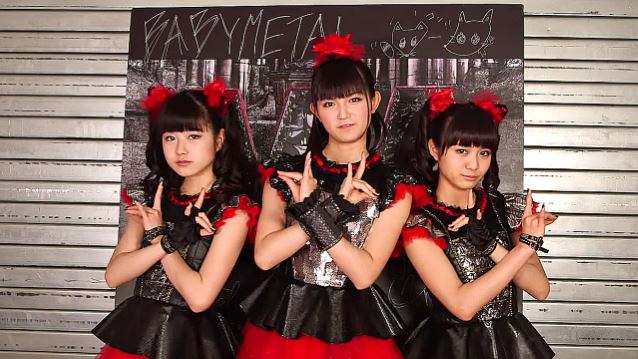 BABYMETAL Featured In Latest Episode Of 'Wikipedia: Fact Or Fiction?'

In the latest edition of Loudwire's "Wikipedia: Fact Or Fiction?" signature series, Japanese teenage girl pop metal band BABYMETAL was invited to prove and disprove what's written about them online. You can watch the chat below.

As previously reported, BABYMETAL has signed with RAL/Sony Music Entertainment for the U.S. release of the band's 2014 critically acclaimed self-titled debut album. The CD features two bonus tracks and was made available digitally on May 12 and physically on June 16.