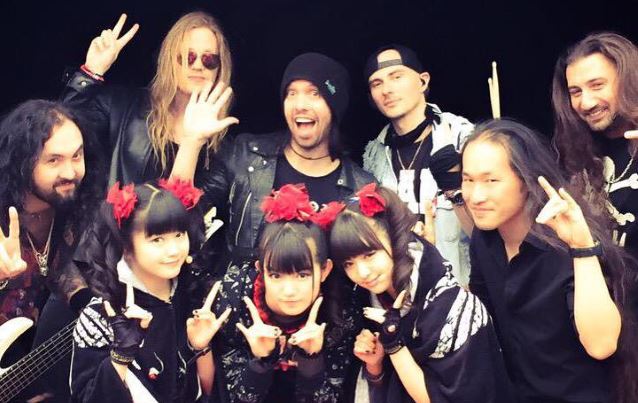 BABYMETAL's song "Road Of Resistance" (formerly referred to as "The One"),which was debuted during the band's November 8, 2014 concert at the Brixton O2 Academy in London, England, is a collaboration between BABYMETAL's production team and guitarists Herman Li and Sam Totman of DRAGONFORCE, whose guitar playing can be heard in the studio version of the track.

DRAGONFORCE will release its debut DVD, "In The Line Of Fire", on July 10 via Metal Blade. Shot in high definition during the band's show at 2014’s Loud Park festival at the Saitama Super Arena in Tokyo, Japan, the DVD was filmed using nine camera angles to capture the raw energy of DRAGONFORCE's show and instrumental dexterity for which they are rightly celebrated worldwide.