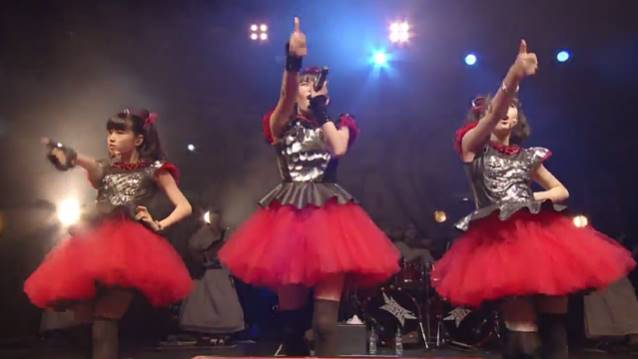 U.K.'s Metal Hammer magazine spoke to BABYMETAL fans who attended the band's sold-out July 7 concert at the Forum in London. Check out the footage below.

BABYMETAL is the offshoot of the Japanese pop idol group SAKURA GAKUIN that performs a distinctly Japanese mix of schoolgirl J-pop and heavy metal.

"Our goal is to start a new genre of metal called Kawaii Metal [Cute Metal]," BABYMETAL said in an interview at the Sonisphere festival. "We are the only band making music in this genre right now and we want this genre to be accepted."

BABYMETAL kicked off its world tour with a headlining show on July 1 at La Cigale in Paris, France.

The band will support pop superstar Lady Gaga on five shows in July and August:

BABYMETAL will also play a headlining show at the Fonda Theater in Los Angeles on July 27.

OMG! BABYMETAL first-ever solo concert in UK was sold out twice! See you at The Forum on July 7th with 2,300 fans!! pic.twitter.com/Z6Ublteuy3 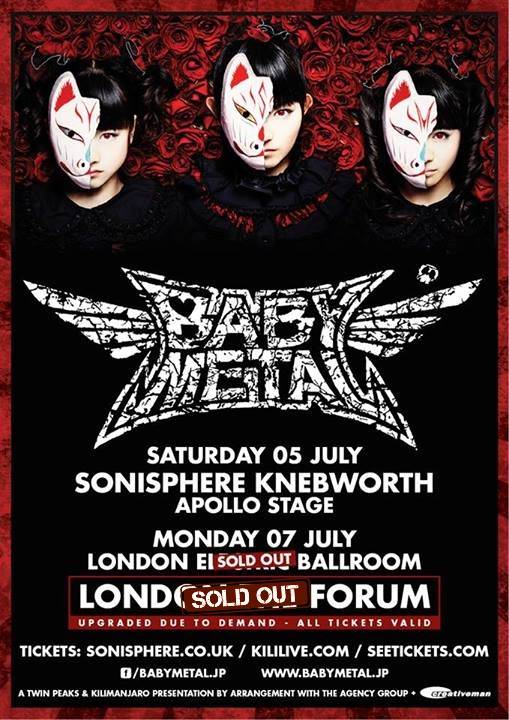