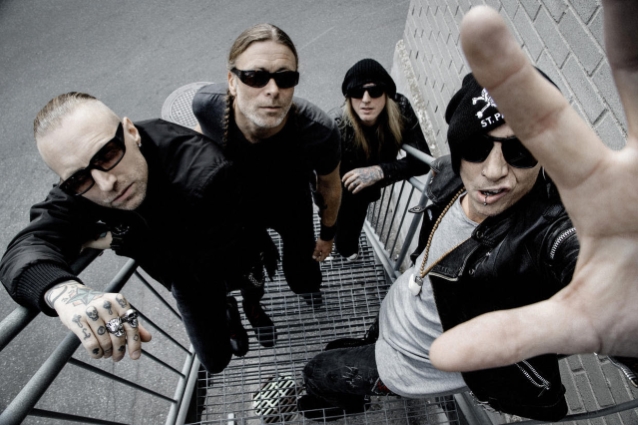 Swedish rockers BACKYARD BABIES will release their new album, "Sliver & Gold", on March 1, 2019 via Century Media Records. The disc will contain 10 sizzling new songs following the exact same recipe that has made BACKYARD BABIES one of the most consistent rock bands of our time: a perfect balance between sleazy, punky, all-out party rock 'n' roll on the one hand, and decidedly mature, thoroughly melancholic tunes on the other.

While catchy sing-a-long smashers like the first single "Shovin' Rocks", album opener "Good Morning Midnight", the anthemic "Bad Seeds" or "44 Undead" will have you fist-pumping and foot stompin' along with your left foot in a cowboy boot and your right paw in a Chuck Taylor sneaker, the beautiful ballad-like album closer "Laugh Now, Cry Later" will cause you to shed a tear or two into your Jack and Coke.

The official music video for "Shovin' Rocks" can be seen below.

According to BACKYARD BABIES guitarist Dregen (real name: Andreas Tyrone Svensson), the "Sliver and Gold" title is a play on words.

"It is going to be a bit like if you cut yourself with a piece of sliver," he told Metal Casino. "It's a bit like our career. It's been golden moments, but it's also been kind of rough times. It's going to be hopefully the greatest BACKYARD BABIES album [yet]."

Regarding "Shovin' Rocks", Dregen said: "Since we're celebrating thirty years together as a band, the single is a bit like... it's kind of like a statement about how it is to play in a band in a three-minute song, which is kind of hard," Dregen said. "I think that the whole next album is going to be like the gold watch then you're at a [job] for a long time. It's going to be our own kind of, like, celebration — not just to our own band, but to the music form of rock 'n' roll."

Dregen said that the group approached the album's recording sessions in an unfamiliar manner. "We've done it for the first time after thirty years in a different way," he said. "Before, we've been writing the whole album, and then when we're ready with the songs, [we] choose the songs, enter the studio and start recording it. Now, we're writing songs, but when we have three or four songs that we think are great, we're entering the studio, we record these three or four songs, and we mix the songs and master the songs and they are, like, totally ready. Then we go back into writing, and we write new songs. We record, like, four EPs, and then we put it together as an album."

He added that he prefers the abbreviated studio sessions to more traditional album-length recording process. "Sometimes when you go into the studio and you have, like, 14 songs, it gets a little bit industrial," he said. "It's almost like going to work — it's like, 'Okay, drums for this song, next...' You lose kind of the heart of the song, because it gets very mechanic [sic]. Recording three or four songs, I always like. I love recording EPs or singles, because you have full control over what you do."

BACKYARD BABIES officially reunited in 2014, five years after they announced that they were going on an "indefinite hiatus." A new album, "Four By Four", arrived in 2015. 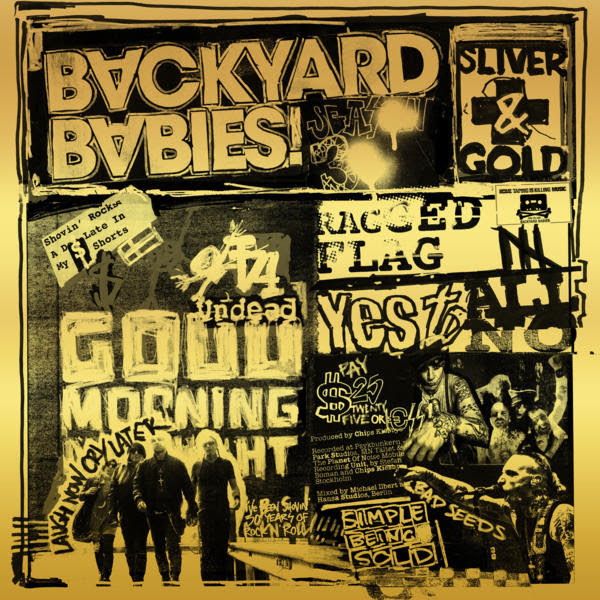