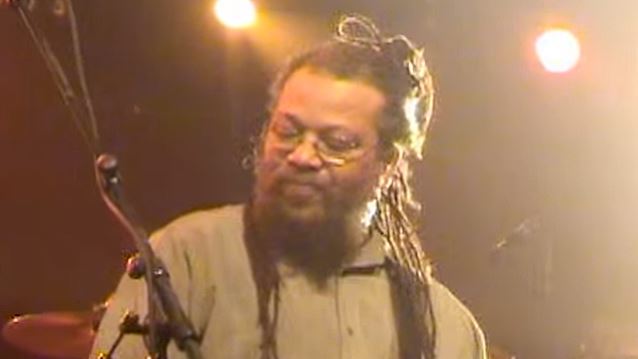 Guitarist Gary "Dr. Know" Miller (pictured) of hardcore punk legends BAD BRAINS is "improving" after reportedly being hospitalized due to an undisclosed ailment. The news of his condition was revaled in a Facebook post by John Joseph of the seminal New York hardcore band the CRO-MAGS, who served as an occasional roadie for BAD BRAINS on several tours and even filled in on vocals at a couple of gigs.

Joseph wrote: "I have not responded to people asking of BAD BRAINS guitarist Dr. Know's condition because it's not my place. The family needs to make those calls of who should be informed. That being said, after seeing Doc in the hospital today, I will say this… He's improving and he feels all the love, prayers and PMA you've been sending worldwide and so does his family who are all very grateful. Keep them prayers coming for one of the nicest people, greatest and humblest musicians to ever walk the earth and also be a big brother to so many."

A number of musicians took to social media yesterday (Novemebr 3) to express their concern about Dr. Know's health, with the Deen Ween Facebook group reporting that the guitarist was on life support. Other artists, including the LIVING COLOR vocalist Corey Glover and AGNOSTIC FRONT, have also tweeted in support of the 57-year-old guitarist, who is one of only two members of BAD BRAINS to have played with the seminal D.C. group since they formed in 1977.

I have not responded to people asking of Bad Brains guitarist Dr. Know's (Gary's) condition because it's not my place. ...