The official lyric video for the song "Better The Devil" from BAD WOLVES can be seen below. The track is taken from the band's debut album, "Disobey", which will be released on May 18 via Eleven Seven Music. The disc will include BAD WOLVES' cover of THE CRANBERRIES' "Zombie", which recently hit No. 1 in multiple countries around the globe.

The hit single was first released by THE CRANBERRIES in 1994, the original track hit No. 1 across the globe, including the Billboard Alternative Songs Chart. The song returned to the Top 10 on the U.S. Rock chart shortly after news of Dolores O'Riordan's passing earlier this year.

O'Riordan was slated to record vocals for BAD WOLVES' cover of the track (which she described as "killer") on the day of her passing. The band decided to release the song in her honor with all BAD WOLVES' proceeds going to her children.

BAD WOLVES burst on to the scene last year with the independently released debut single "Learn To Live".

Boecklin previously described BAD WOLVES' style as "a heavy-slightly prog rock band that tunes low and cuts off most of the fat. Watching FAITH NO MORE on the reunion tour made my thought process change," he explained. "I was standing there, and it hit me that I don't want to be in a metal band with screaming all the time. We're heavy, yet from track-to-track, things change quite a bit."

"More was revealed, so more was required," added Vext. "The overall tonality and approach resonated with me as an opportunity to challenge myself and grow as a vocalist. I was given a platform to tap into some musical influences I hadn't yet explored in previous bands. All in all, it was some of the most diverse, original material I've gotten to wrap my hands around."

In no rush to put together something reminiscent of his musical past, Boecklin quietly wrote over the course of 2015. During summer of 2016, he entered AudioHammer Studios with longtime collaborator Mark Lewis (TRIVIUM, ALL THAT REMAINS) and tracked what would become the group's debut album.

"Starting from scratch is never easy," admitted Boecklin. "Many musical roads were traveled before getting to what you hear today — it's trial and error. I kept reminding myself not to do what I've done before. Eventually, we started to hear what we wanted."

"A Toast To The Ghosts" delivers a searing gut-punch punctuated by sharp succinct fretwork, smart-bomb precise percussion, and another searing vocal performance. Everything culminates on the pensive and punishing "Blood And Bones". Vext added: "It's like an open letter to an abusive relationship partner that no longer serves you or the opposing counterpart. It's left open to interpretation."

Defined by a push-and-pull between incalculable instrumentation and soaring melodies, BAD WOLVES will keep listeners guessing and thinking on their path to hard rock and metal supremacy.

"This is something new for me," Boecklin left off. "It's the most unique drumming I've ever done. Tommy has never sounded so good. The songs are much more diverse than anything from our collective past. I'd love for people to take away some sort of connection emotionally. That's what all of the bands who inspire me do. Everything else doesn't really matter."

BAD WOLVES will tour the U.S. later in the year with FIVE FINGER DEATH PUNCH and SHINEDOWN. 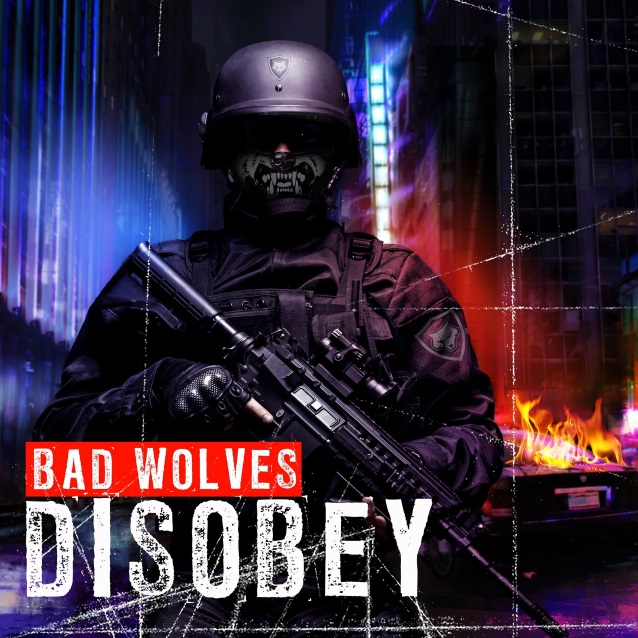