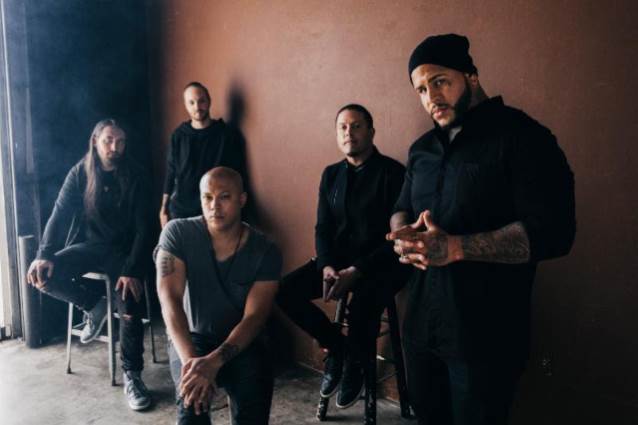 BAD WOLVES' video for the song "Remember When" can be seen below. The track is taken from the band's debut album, "Disobey", which bowed at No. 23 on the Billboard 200 chat with 19,000 equivalent album units earned in the week ending May 17.

"My twin brother is currently serving 17 years for attempted murder — [he] tried to kill me during a home invasion when he was high in 2010," Vext said in a recent interview with Kerrang! "[Testifying against him] was definitely one of the more difficult moments of my life."

"'Remember When' kinda goes through a timeline and highlights two people who lived the exact same life and had the exact same hardships and advantages and disadvantages, and who we are ultimately as adults is defined by the choices that we made, and our lives reflect those choices."

"Disobey" also includes BAD WOLVES' massively successful cover of THE CRANBERRIES hit "Zombie". The track hit the Top 15 on the American rock radio chart and was No. 1 on iTunes in multiple countries, including the U.K., Sweden, Canada, New Zealand, Australia and THE CRANBERRIES' home country of Ireland.

Late CRANBERRIES singer Dolores O'Riordan was slated to record vocals for BAD WOLVES' cover of the track on the day that she died in a London hotel this past January. The band decided to release the song in her honor with all proceeds going to her children.

The original single was first released by THE CRANBERRIES in 1994 and became a worldwide No. 1 hit.

BAD WOLVES will spend much of the foreseeable future on the road. Starting mid-July, BAD WOLVES will join FIVE FINGER DEATH PUNCH, along with BREAKING BENJAMIN and NOTHING MORE, and remain on the road through September.