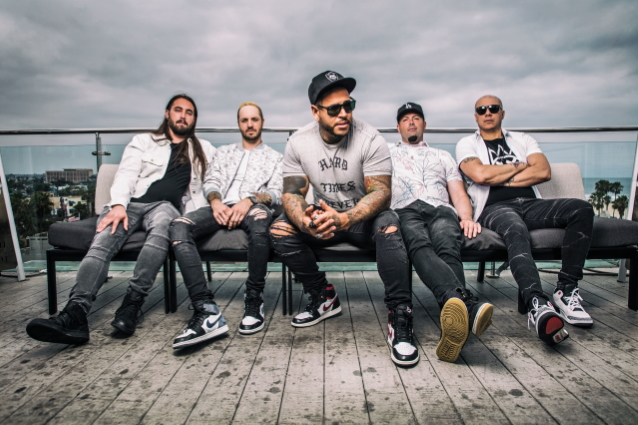 BAD WOLVES will release their sophomore album, "N.A.T.I.O.N.", on October 25 via Eleven Seven Music. Pre-order the disc and receive an immediate download of tracks "Killing Me Slowly" and "I'll Be There".

BAD WOLVES have proven to be the unprecedented global breakthrough rock act of 2018 and aim to continue that momentum with "N.A.T.I.O.N." The stunning 12-track follow-up to their debut album, "Disobey", is a bit of a departure — staying in the same realm musically, but breaking beyond. As vocalist Tommy Vext explains: "We've honed it in and really delivered a more focused version of BAD WOLVES' sound. Basically, it's like pouring steroids on everything we love about the first record to create an album that's a roller coaster of emotional experience."

Founding member and drummer John Boecklin adds: "'N.A.T.I.O.N.' is definitely a big step in the right direction. We're still evolving. It's only our second record and I'm very excited about it."

BAD WOLVES is wrapping up the last stretch of their summer tour with PAPA ROACH, which ends on Sunday, September 1st, in Las Vegas, Nevada. They will support FIVE FINGER DEATH PUNCH on their headlining arena tour, beginning Friday, November 1, in Las Vegas, through its 28 dates, culminating on Wednesday, December 18, in Omaha, Nebraska.

Vext recently revealed that BAD WOLVES have recorded another cover, following the band's massive breakout success last year with its rendition of the 1993 CRANBERRIES classic "Zombie".

Originally scheduled to feature a guest appearance from late CRANBERRIES frontwoman Dolores O'Riordan, "Zombie" launched shortly after her death in January of 2018 and went on to top the rock radio chart and sell a million copies.

"Zombie" surfaced on "Disobey", which came out in May 2018 and has also yielded the follow-up single "Hear Me Now", featuring Diamante, which reached No. 2 on the rock chart.

Guitarist Doc Coyle spoke to Australia's Loud about the musical direction of the band's second album. He explained: "It's diverse. There's stuff that's probably heavier, as or more heavy than the last record... And then there's some really catchy, kind of more mainstream stuff to cover that end of it, and a lot of stuff in the middle." 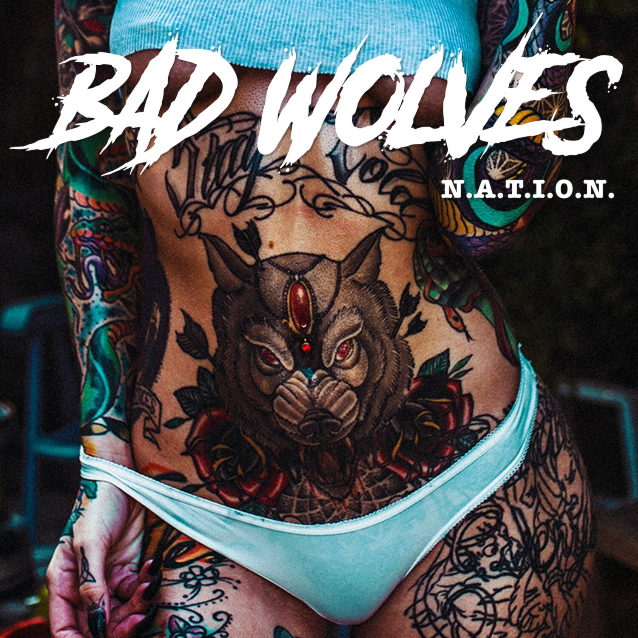 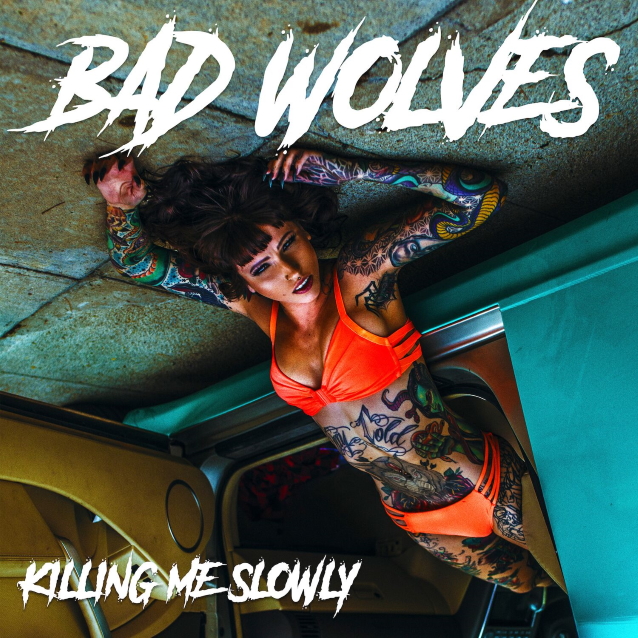