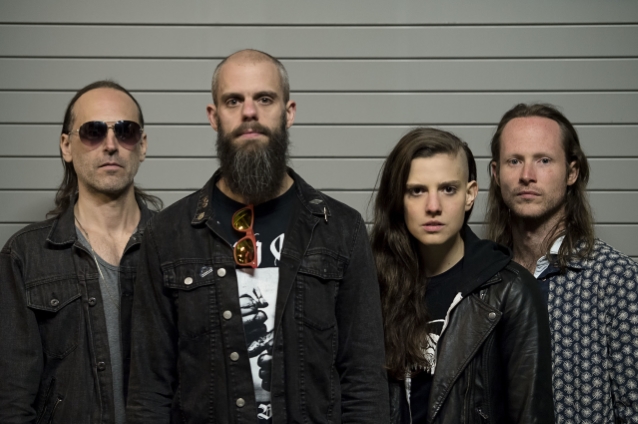 Savannah, Georgia metal band BARONESS has unveiled the full cover artwork of its upcoming album, "Gold & Grey". The band's fifth disc is due later in the year.

BARONESS guitarist/vocalist John Baizley created the new album artwork, just as he did for all four of the group's previous albums as well as the outfit's EPs.

Baizley stated about the "Gold & Grey" painting: "This is just the first piece of a much larger puzzle. Like the forthcoming album itself, it is the result of an intense, tireless, and psychotically convoluted creative process.

"Both artistically and musically, BARONESS have always taken a no-compromise approach towards our releases, and I can't express strongly enough how excited we are to be so close to the verge of our newest release.

"This painting was born from a deeply personal reflection on the past 12 years of this band's history, and will stand as the sixth and final piece in our chromatically themed records.

"It has been an absolutely wild ride, a truth much stranger than fiction, with nearly as many low points as there have been highs, but throughout all, this band has offered me an inspired place to express myself and find some level of comfort through our visual and sonic output.

"I hope you all enjoy this album cover (sorry it's not called 'Orange'). Don't look too closely, you might just see all the hidden elements.

"We want to thank everyone for your heartfelt support over the years, it means the world to us. We also appreciate your continued patience.

"'Gold & Grey' will be out soon, and then the real fun begins. I assure you, we have no plans to slow down anytime soon."

BARONESS played a new song, "Borderlines", live for the first time on March 8 at the opening concert of the band's co-headlining tour with DEAFHEAVEN in Houston, Texas. Fan-filmed video footage of the performance can be seen below. 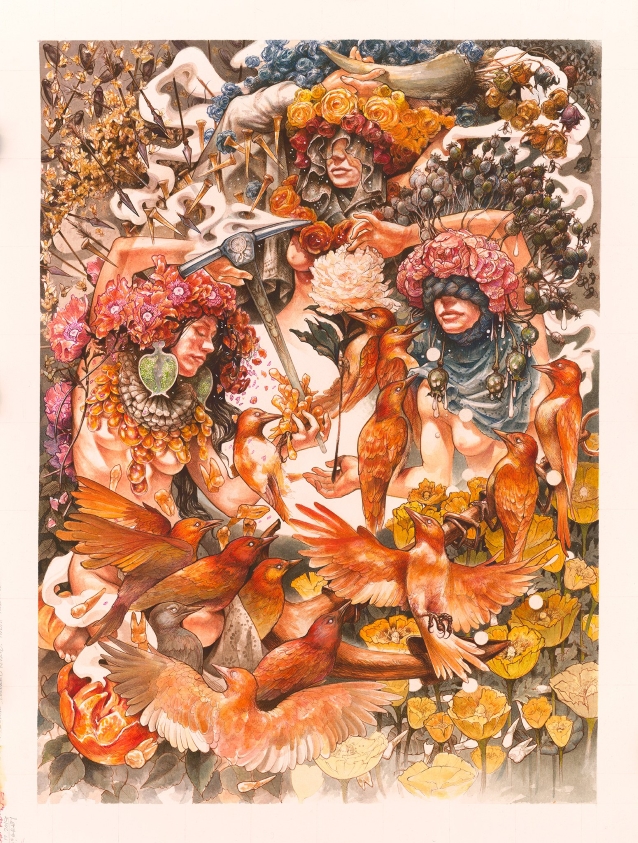