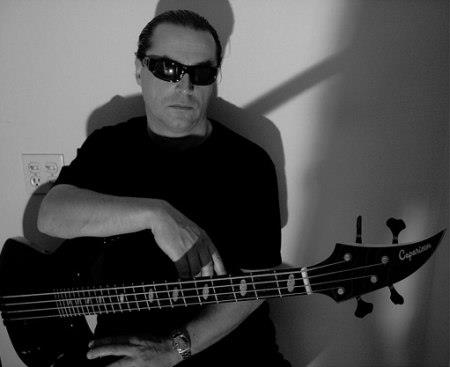 According to Metal Sludge, original RATT bassist Juan Croucier is rumored to be rejoining the Californian rockers for their upcoming show at the M3 Rock Festival, set to take place on May 11-12 at the Merriweather Post Pavilion in Columbia, Maryland.

In an October 2011 interview with Legendary Rock Interviews, Croucier stated about the possibility of him returning to RATT, "I never say never, because I can't predict the future but there have been some very nasty things said and done to me by my former bandmates in RATT. It has destroyed the trust, bond and respect we once had among each other."

He added, "I have had many offers to go back to RATT (ironically, sometimes while they were deriding me in the press at the same time) and the main reason I have not gone back to the band is because we had a very problematic situation in the first place, and nothing had (or has) changed — we don't get along, it's not fun and things that should be easy are hard. . . Some people like being in tumultuous relationships; I don't. I have been fortunate enough to be able to work in my recording studio, still play in bands and be a father that is present in my children's lives at the same time. It's not 'all about Juan.'"

Bassist Robbie Crane, who had played with RATT since 1997, quit the band last month to focus on LYNCH MOB. During an appearance on the March 22 edition of the "Headbangers At 11" show on the 93.3 KDKB radio station with host Mike Gaube, Crane stated about his decision to leave RATT, "I've been playing in LYNCH MOB since October of 2010. It's a thing that I've always loved doing, and I love playing with the band. . I'd been with RATT for 15 years and it was time to move on. I love being in LYNCH MOB and this is where my heart's at."

"Infestation" was produced by Michael "Elvis" Baskette (CHEVELLE, ALTER BRIDGE) at his Virginia studio, marking the first time the band has recorded outside of Los Angeles. The album is full of attitude and of reflection, cycling through a range of emotions. There are party anthems that RATT are known for alongside more contemplative, thoughtful tunes.