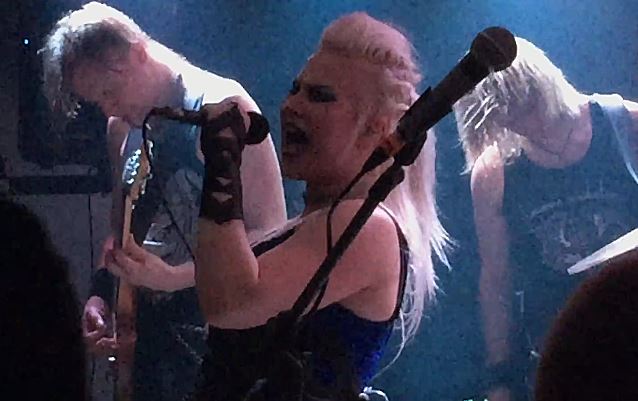 Fan-filmed video footage of BATTLE BEAST's April 16 performance at Kulturhuset in Örebro, Sweden can be seen below.

BATTLE BEAST in February parted ways with lead guitarist and main songwriter Anton Kabanen due to "insurmountable disagreements" with the other members of the band. A substitute guitarist has been enlisted for BATTLE BEAST's current shows, and the remaining members of BATTLE BEAST are already preparing material for their upcoming fourth album.

BATTLE BEAST's third studio album, "Unholy Savior", entered the Finnish chart at position No. 1. The CD was released on January 9 in Europe and January 13 in the U.S. via Nuclear Blast. 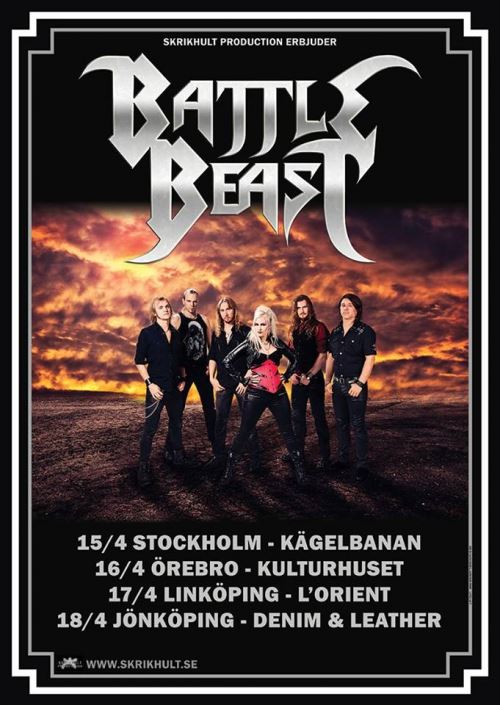