Z2 Comics continues to define the relationship between music and comics; bringing together the comics and music communities across genres for biographical works, exciting original concepts, album tie-ins, and more. The latest announcement pairs this groundbreaking publisher with Ohio's hardcore stalwarts BEARTOOTH for the official prequel to their brand-new album, "Below".

Following up on last week's release of their brand new album, amid rave reviews, "The Journey Below" serves as a prequel to the pummeling sounds of "Below"; the world of Barry, its demon overlord.

BEARTOOTH's Oshie Bichar says: "Storytelling has always been something we've wanted to dive into as a band. Our goal is to build a universe full of adventure for BEARTOOTH fans to explore."

The story behind the myths of BEARTOOTH's album "Below" is brought to life as Barry awakens corporate drone Lita's memory of how alive the world once was before the cold forces of the corporate world outlawed rock, reminding her of who she truly was, and who she could be again. Told by No. 1 New York Times best-selling author Tony Lee with the members of BEARTOOTH, "The Journey Below" is a powerful tale reminding us of the vital power contained within every chord and beat of a song.

Lee says: "I've been a fan of BEARTOOTH since 'Aggressive' came out, and I'm over the moon to work with them on this story. The world of 'Below' is a place I've wanted to visit a lot during the last year, and now I get to share it with everyone."

BEARTOOTH will bring its new antihero and mascot Barry to comics this fall in "Beartooth: The Journey Below", the official companion to their brand new album, available to pre-order now in both a standard softcover and hardcover formats, as well as slipcase, deluxe and super deluxe editions featuring exclusive prints and vinyl. 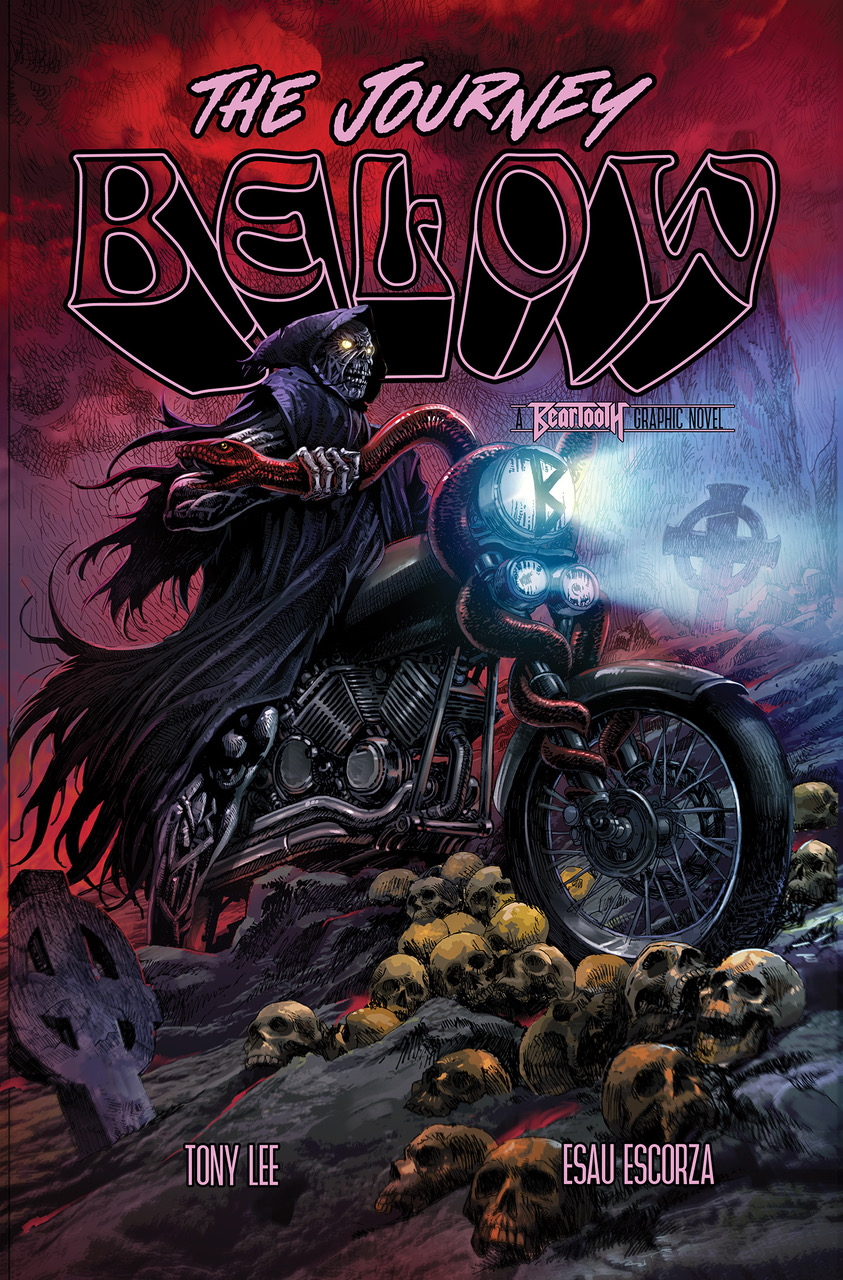