BEARTOOTH Announces 'The Journey Below' Livestream

"The Journey Below" will be quite the adventure for viewers. It will mark the very first time that BEARTOOTH performs songs from its new album "Below", out now via Red Bull Records. You can also expect fan favorites and set list staples in this immersive, alternative reality.

Get your "The Journey Below" tickets here. Exclusive, limited-edition and themed merchandise for the event will be available here.

"Below" was released on June 25 via Red Bull Records. Singer Caleb Shomo stated about the LP: "'Below' is by far my favorite album I've made to date. It covers the dark side of dealing with mental strain during the last year. I gave it all I had — musically and lyrically. Is it too dark? Possibly, but it was as honest as I could be about how I felt. I hope everyone is ready to strap in for a wild ride of headbanging and rocking."

Last July, Shomo told "Mosh Talks With Beez" about the musical direction of the new BEARTOOTH songs: "The easiest way I've been trying to explain this record to people without giving too much away is if 'Disease' was AC/DC, this record is BLACK SABBATH. It's a lot more influenced in dark stoner rock, heavy power groove. Obviously, there's still a lot of fast [stuff] and some punk rock and all that, but I've really been exploring with the stoner metal side of guitars and guitar tones and doing different tunings and lots of fuzz and chaos and layering the fuck out of my guitar tracks. 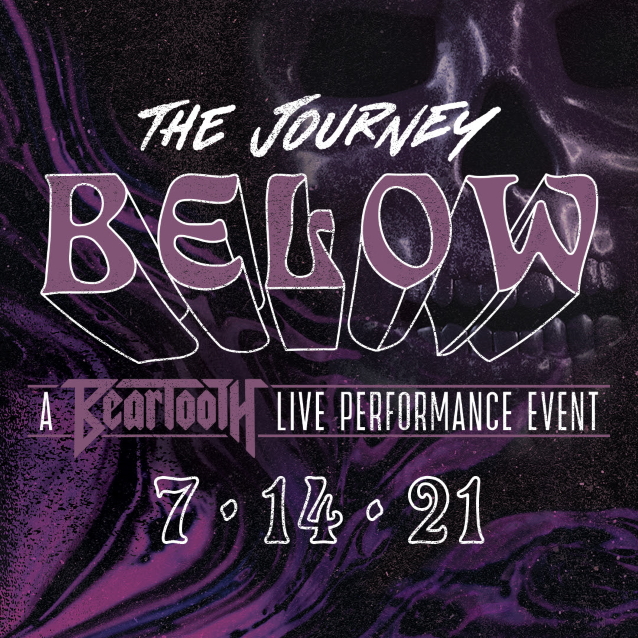