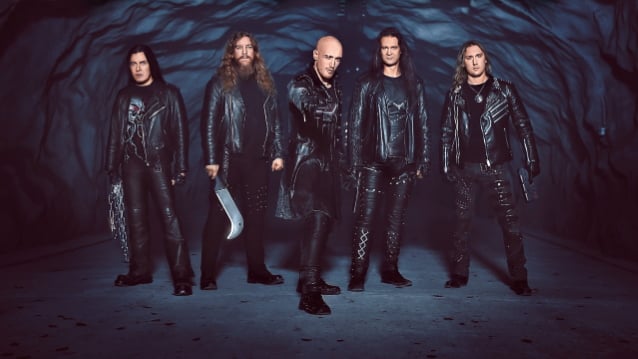 Kabanen comments: "Welcome to the next century. Dark connections and prohibited pleasures is the name of this ultimate game, a reality within reality. Some things are just too irresistible not to taste, even when it's your own life that is at stake. Time to reveal the naked truth and face the judgment. What you're about to witness is the result of an unapologetic and unforgiving vision inspired by the mind-bending works of Hajime Sorayama and raw cyberpunk animes of the '90's, namely 'AD Police Files: The Phantom Woman'. For your pleasure, or your slight, we present you: 'Hardcore'!"

Produced, recorded and mixed by Kabanen and mastered by Emil Pohjalainen (Amethyst Sound Productions),"Dark Connection" features the most prominent synths of all of BEAST IN BLACK's recordings so far, especially in the form of the Italo disco, Euro beat and symphonic elements that the band is so widely loved for. Despite that, at its core, it's still all about simple heavy metal. The kind of ageless melodies that Kabanen has always been able to create once again melt with heroic stories that are rooted in sci-fi, fantasy and cyberpunk, that are represented in the artwork of the band's longtime collaborator Roman Ismailov.

Kabanen previously said about "Dark Connection": "Enter cyberpunk. Flying cars, sprawling metropolis, valleys of neon lights, emotionless killers, gynoids, femmes fatales, shadowy characters, lethal lust, forbidden passion, love larger than life, space travel... All this and much more is what 'Dark Connection' holds within. Such cyberpunk animes as Armitage III, Cyber City Oedo 808, AD Police, Battle Angel Alita and Bubblegum Crisis have essentially served as sources of inspiration, as well as the immortal classic film by Ridley Scott, 'Blade Runner'. And as always, a BEAST IN BLACK album wouldn't be a BEAST IN BLACK album without a heavy impact of Berserk, the manga and anime creation of Kentaro Miura. Sadly, the beloved author passed away while we were still making this album. Thus, 'Dark Connection' is dedicated to Kentaro Miura."

Anton stated about the artwork: "The instantly captivating album artwork was once again done by Roman Ismailov. Its visual emphasis significantly correlates with the recurring themes of 'Dark Connection'. The tense gaze shared between the Beast and the drop-dead gorgeous femme fatale gynoid Cynthia speaks of an exciting, arousing, dangerous, mysterious and even questionable connection on a physical, emotional and moral level. They say a picture is worth a thousand words, well, this certainly is the case!"

BEAST IN BLACK is: 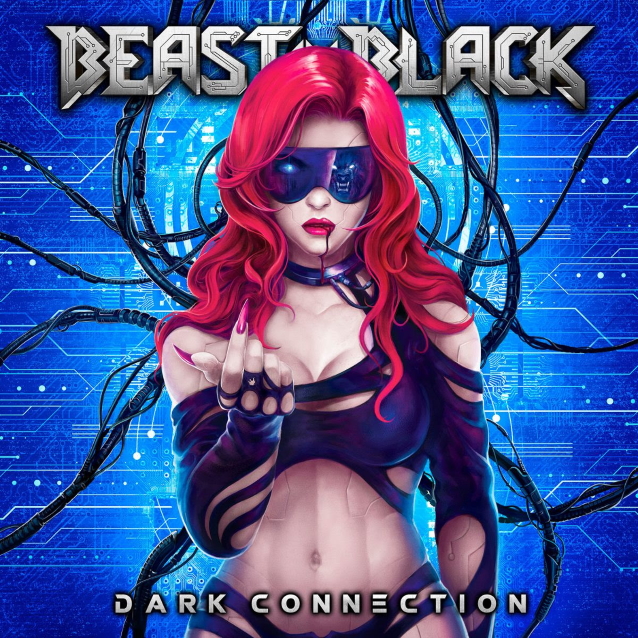